Countdown to Christmas Day Our Holiday Gift Guide Day 23: The Gift of Music 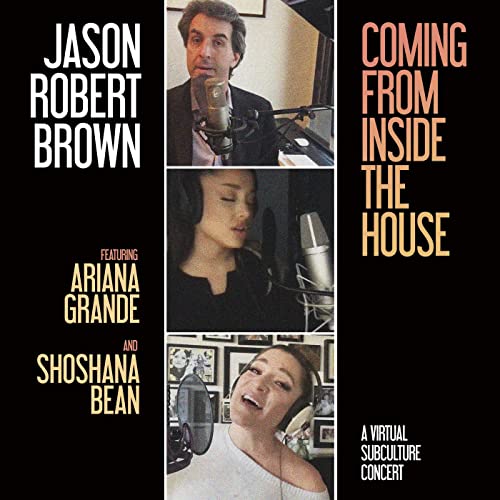 Countdown to Christmas Day Our Holiday Gift Guide Day 23: The Gift of Music

Yes, we know there are 5 more days to Christmas, but we start this list right after Thanksgiving. Every year people panic to find the perfect gift. We at T2C have been collecting idea’s all year long to bring you the perfect gift guide at all price levels. When you’re at the end of your rope trying to find the perfect Christmas present this year, come to this guide for some great suggestions.

I know I am looking forward to some of these great additions under my tree.

Jason Robert Brown: Coming From Inside The House (Craft Recordings)

Rebecca Luker and Sally Wilfert: All the Girls (PS Classics)

PS CLASSICS, the label that celebrates the heritage of Broadway and American popular song, will release All the Girls – the new album from star Broadway vocalists Rebecca Luker and Sally Wilfert – on Friday, December 25 in digital and streaming formats. A CD will be available on Friday, January 15, 2021. Building on a special friendship forged on and off the stage, the pair have recorded a celebration of womanhood in all its complexities and expressions. Adapted from the stage show of the same name, All the Girls is framed by songs from such theater luminaries as Stephen Sondheim, Lin-Manuel Miranda, and Fred Ebb & John Kander, highlighted by a delicious medley from musicals featuring iconic female duets. Luker and Wilfert enrich the tone and expand the scope by also embracing art songs, cabaret material, and settings of poems written expressly for them by the show’s music director, Joseph Thalken, who expanded the orchestrations from four to ten pieces for this recording.

The album celebrates women with an empathy and optimism that radiate through the material. Individually, Luker and Wilfert’s dazzling voices and keen dramatic senses animate the tenderness, humor and resilience in these songs, while together their personal bond produces duets of extraordinary sensitivity and beauty. PS Classics is proud to present this inspiring ode to female friendship by two remarkable women.

All the Girls highlights the vocalists’ individual talents with both comic and dramatic selections, from the cutting humor of “What Did You Do to Your Face” and the poignant storytelling of “Lovely Lies,” to the intense emotion of “Millwork / I Could Have Been a Sailor” and the very funny “Not Funny.” As much as these solos soar, the album’s duets capture the fun and fire of their friendship. “You Are My Best Friend” delightfully articulates their mutual affection, “Everybody Says Don’t” showcases their interpretative and musical prowess, the tongue-in-cheek medley of “shows they could have starred in together” celebrates their infectious zaniness – not to mention belting abilities – while “Isn’t This Better?” reveals the openness of their hearts.

“From the moment we heard Rebecca and Sally perform All the Girls in the fall of 2019, we knew we had to record it,” says label co-founder Tommy Krasker. “The evening was powerful and passionate and deeply moving – everything we most gravitate and respond to here at PS Classics. And I must admit, too, that there are few artists we enjoy working with in the studio as much as Rebecca and Sally. Every experience with them has been a joy, and the previous time we had both of them in the studio, for our cast recording of Sweet Little Devil, it was one of the highlights of our 20 years running this label.”