Covid is Back On Broadway 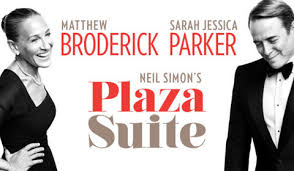 Covid is Back On Broadway

First up is Plaza Suite, Matthew Broderick tested positive for COVID-19 on Tuesday. Broderick stars in the Neil Simon play alongside his wife Sarah Jessica Parker, who has tested negative and will continue performing. Broderick’s standby Michael McGrath will stand in for him while he recovers.

Performances of Macbeth on Broadway have been canceled due to positive COVID test results within the company, including star Daniel Craig. Performances are scheduled to resume on Monday, April 11, at 8 p.m. All tickets for canceled performances will be exchanged or refunded at the original point of purchase.

Nikki Renée Daniels became the first Black actor to play the lead role in the musical Company on Broadway. Daniels, usually plays the role of Jenny in Marianne Elliott’s gender-flipped revival of the show, announced on Twitter that she would going on as the understudy. Lead Katrina Lenk had tested positive for COVID-19, only a few hours notice before a Wednesday matinee performance. Matt Doyal is also out with positive COVID tests.

Now the Pulitzer Prize-winning musical A Strange Loop has further delayed its Broadway start after canceling its first planned preview due to “the detection of a limited number of positive COVID test results within the company.” Originally scheduled to start its run April 6, the production will now kick-off at the Lyceum Theatre April 11, with opening night still set for April 26. Ticketholders should receive refunds from their point of sale. Visit StrangeLoopMusical.com for the latest.

Suffs at the Public Theatre’s opening night performance was scheduled for Wednesday, April 6, has been cancelled, due to positive tests among the cast, including Shaina Taub.  Additional information is still forthcoming.