Covid Making an Impact on Hadestown 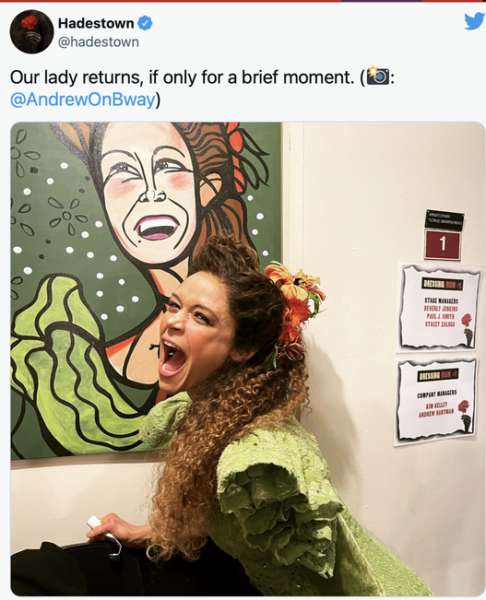 Covid Making an Impact on Hadestown

Today’s matinee was cancelled, however the evening show went on.

Tony nominated Amber Gray who originated the role of Perseophone in Hadestown was back on March 11th due to numerous actors who are ill.

The Tony-winning musical was forced to cancel its Wednesday matinee earlier this week, as roles are being reassigned.

Dance captain T. Oliver Reid played “Auntie Fate” on March 9th and was playing Hermes Thursday night, he went back with the Fates Friday and Saturday and back to Hermes. As of now, Tomás Matos, who identifies as non-binary, will go on with the Fates this week while Reid plays Hermes.

Gray is about to go into the Danial Craig driven Macbeth as Banquo. Macbeth begins performances at Broadway’s Longacre Theatre on Tuesday, March 29, with an official opening on Thursday, April 28.

Suzanna BowlingAugust 5, 2022
Read More
Scroll for more
Tap
An Evening with Barry Manilow and Bruce Sussman and Their New Musical Harmony
Heading to Broadway Harold and the Purple Crayon With Music By AJR