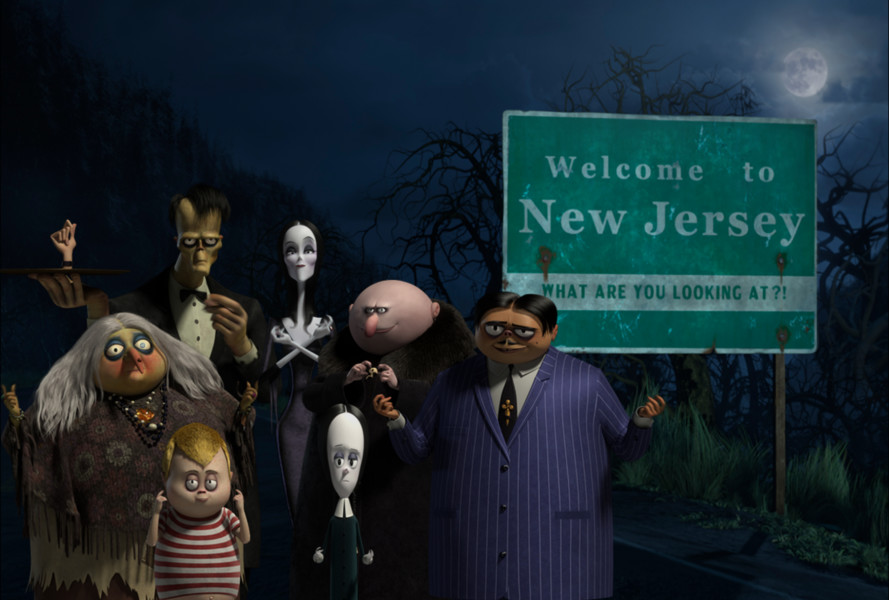 Coming in October is the highly-anticipated The Addams Family starring the voices of Oscar Isaac, Charlize Theron, Chloe Grace Moretz, Finn Wolfhard, Nick Kroll with Bette Midler and Allison Janney. The animated film directed by Conrad Vernon and Greg Tiernan is sure to get audiences across America snapping their fingers in delight.

Just outside Manhattan there is a New Jersey town that has been singing the theme song for decades. The birthplace of the creator of the beloved characters is no mystery, but is full of charming fun and a perfect homage to Charles Addams.

The small town of Westfield is the home of fun horror. As a child Charles was a vivacious young man who was inspired by his surroundings. Landmarks, homes and schools still carry his legacy across the city.

Now that The Addams Family is coming back on the big screen in the first animated comedy about the kookiest family on the block this city is out to show America they are there to honor their very special hometown hero.

Mayor Shelley Brindle and town officials have brought to life the incredible talent of Charles with AddamsFest. The second anniversary of the festival will coincide with the upcoming theater release. The celebration of Westfield’s native son returns this October, when the town will be transformed to all things Addams with family-themed events, movie screenings, art exhibits and much more.

Its easy to see how this small-town America institution captures the talent of Charles and carries the fun-loving, kooky message of the upcoming film that fans will adore. From Addams Family experts like Ron MacCloskey and local artist Ricardo Roig and to establishments such as the great restaurant Addams Tavern and the historical James Ward Mansion that houses Charles’ legendary Dudley sketch, it is all a place on the map that is a slice of American apple pie with a bit of ‘boo’ on top as the whip.

The Addams Family film will thrill in the fall, as will a trip to this destination on the map. So double snap those fingers, put on your best black dress and get ready to have the most amazing experience in theaters and on the streets of Westfield.