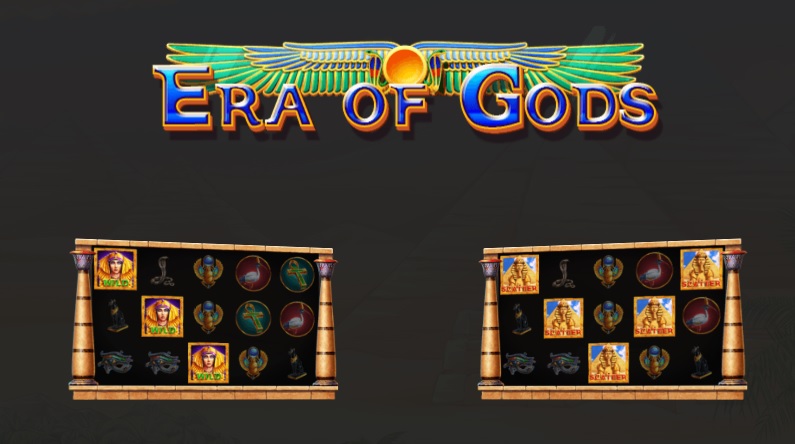 Bitcoincasino.io continues adding to its impressive collection of three thousand-plus slot games this November, with the launch of another new entry from 1×2 Gaming. The partnership between the game developer and internet betting site has already yielded an impressive library of over a hundred games.

Era of Gods is the latest 1×2 Gaming produced slot to debut at the cryptocurrency casino. The game offers a refreshing and more traditional take on the popular slot theme and can be played at the site from November onwards.

The Popularity of Ancient Egyptian-Themed Slots

Of all the historical-themed slots which can be found at online casinos, it is Ancient Egyptian-themed ones which tend to be the most popular. Even Las Vegas has its share of Pharaonic-inspired imagery. This has created quite a crowded market for any developer to compete in. Newly launched slots with the theme must stand out from the pack. By opting for a traditional take on the theme, 1×2 Gaming’s Era of Gods achieves that.

The Basics of Era of Gods

Much of the basic paying imagery on the reels of the slot consists of hieroglyphs. These have been developed to resemble the original imagery found on the walls and tombs of the Pharaohs. Realism isn’t all Era of Gods can offer.

The video slot is played over five reels and twenty fixed paylines. Stakes in the game range from a floor of 0.20 up to a ceiling of 100.00. There is a non-progressive jackpot worth a thousand coins up for grabs, in this medium to low variance slot. On top of that, the RTP rate of 95.8% suggests frequent wins can be had.

Basic wilds (Cleopatra) and scatters (Sphinx) symbols also appear on the reels of the game. The latter can deliver a free spin bonus when three or more appear on the screen. Up to twelve free games are afforded to players. Wilds are now issued with sticky capabilities, meaning that the symbols can remain in place for between one and three free spins. The number of turns they stay locked into place for depends on the number of triggering scatters which were acquired.

Few other features are worked into the game’s design. This gives players of the Era of Gods slot a basic, elementary but prosperous gaming experience. Compared to some more challenging entries, and others which scarcely resemble slot games, Era of Gods is a welcome entry at Bitcoin Casino.

Era of Gods makes its debut in November at Bitcoin Casino. It is far from the only Ancient Egyptian-themed slot which can be found at the site. Treasure of the Pyramids and Treasure Tomb are two other titles which stem from 1×2 Gaming, so make welcome comparisons. Throne of Egypt, Nights in Egypt, Cleopatra 18+, Mega Moolah: Isis, Treasure Nile, Ramses Treasure, Book of Pyramids and Book of Pharaohs are other similarly themed slots which can be found and played at BitcoinCasino.io.

The Glorious Corner
The Technology Behind Online Casinos