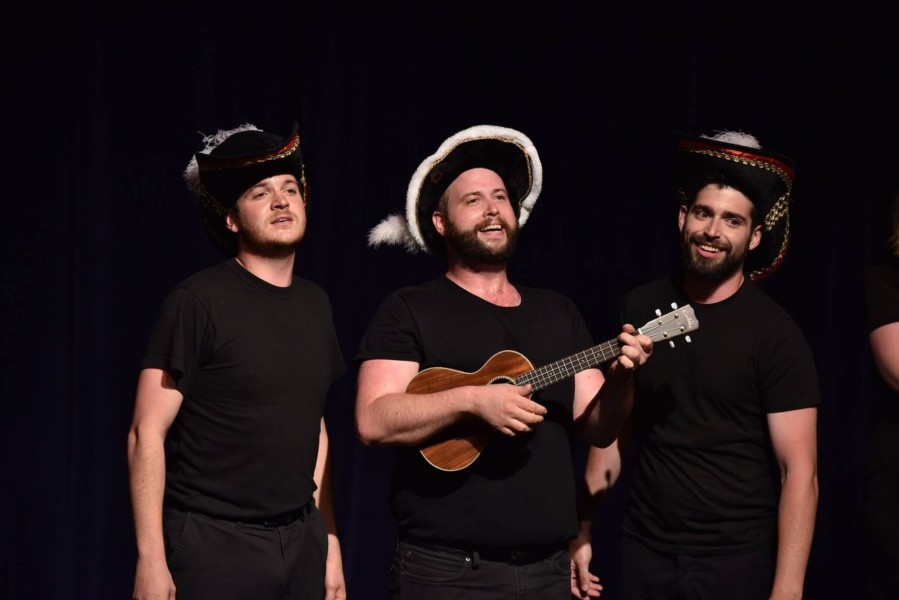 Cupid Has a Heart On – Left Me Limp

Cupid Has a Heart On – Left Me Limp 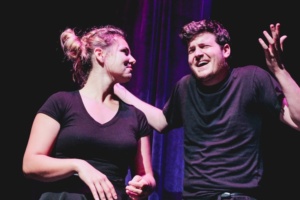 Longevity has always been a curious barometer of success. The sitcoms According to Jim lasted on ABC from 2001-2009 and the CBS hit, 2 Broke Girls, ran for six seasons before the ax fell on their crass misadventures. The reason I reference these two particular situation comedies is I have attempted in the past to watch episodes of both, finding each exhausting attempts at humor that wore out my patience within minutes. This brings me to my recent outing to Stage 773 to review “Chicago’s Longest Running Musical Comedy” Cupid Has a Heart On. Never before has eighty-five minutes felt more like three hours. An assault on the senses from start to finish, each skit barely stepping foot outside of the bathroom toilet for inspiration in their comedic ideas. Wishing to be risqué with its nonstop masturbation, sex and fart jokes, word to the wise, definitely visit the bar before entering the performance space. Perhaps dick jokes go down better when the audience is half lit. 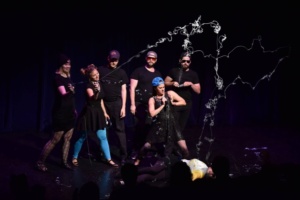 Directed by Brian Posen, the ever rotating troupe of Windy City comics the night I attended included Di Bullock, Marco Braun, Ryan Cashman, Chad Michael Innis, Jake Feeny, Alex Madda, Katie Maggart, Andy Orschein, Mollie Rehner, Bille Sullivan and Taylor Walters-Chapman. If you are craving a night of sophisticated comedy, this Arrow is a solid misfire. Bare booty, exclusively male, may be scandalous to witness on stage, but a laugh riot it is not. Split into two acts, I assume so audience members can go get more to drink at the bar, Second City has several shows currently playing in similar formats to far better end results. What was on display? Let me sum up a few of the numbers. Opening with a song including lyrics like “we’re picturing you naked,” with rapid fire masturbation jokes in tow. The audience also got to be a part of the act. A lovely young lady in the front row (you have now been warned) was an unwilling  participant during “Take Off My Pants” where she had to undo the trousers of a succession of male cast members during the four minute ditty. Not to be out-down, a female member of the cast then sang about seeking sexual gratification in the Oval Office during “I want me a President, only lesser known.” Glover Cleveland, watch out. Finally, “I Dabbled in College” a musical interlude to experimentation, beginning with speaking Spanish, then advancing to drug buying, and eventually murder. I didn’t go to that school of higher learning. The song, of course, concluded with a cast mate farting center stage. 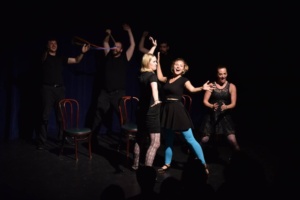 Not to sound like a total miser, there were two numbers with legitimate potential. The five female cast-mates starting singing an original tune called “Skinny, Skinny, Skinny” which I thought might take on the unrealistic expectations women are subjected to on a daily basis from the beauty and fashion industries, but sadly ended being just as superficial as the topic ripe for the picking. Not to be outdone, “Modern Urban Men” riffed on the gluten free pizza eating, e-cigarette smoking, city-dwelling hipsters who are “always on the phone, never own a home.” Just as I found myself giggling along, next was a cabaret style musical number about “UTI’s, yeast infections and lactose intolerance.” Classy and gassy ladies, I say in jest. Before closing the evening with a song highlighting how the audience members parents “get it on all the time,” the “no, no, no. no, no’s” of office place romance were explored between two overly amorous cast-mates and another unwitting audience member sandwiched between the two. Sigh. 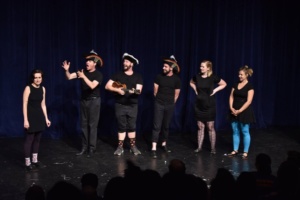 Regrettably, Cupid Has a Heart On is not sophisticated in the slightest. An unending toilet clog and assault on the senses, where most of the humor stays proudly and predominately in the bathroom. Playing once a week in such an intimate performance space might explain how Arrow has run for so long. At intermission , I spoke briefly with a few of the people sitting at the table next to me as they were often laughing throughout. It turned out they were friends with one of the cast members and were doing him a solid. Even the audience laughter was staged. Keeping with the theme, I concluded it may be time for a diaper change at Stage 773. I had little love for this incarnation of Cupid. 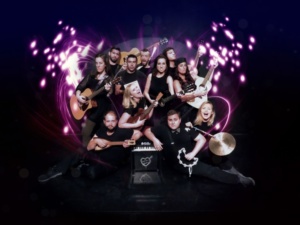