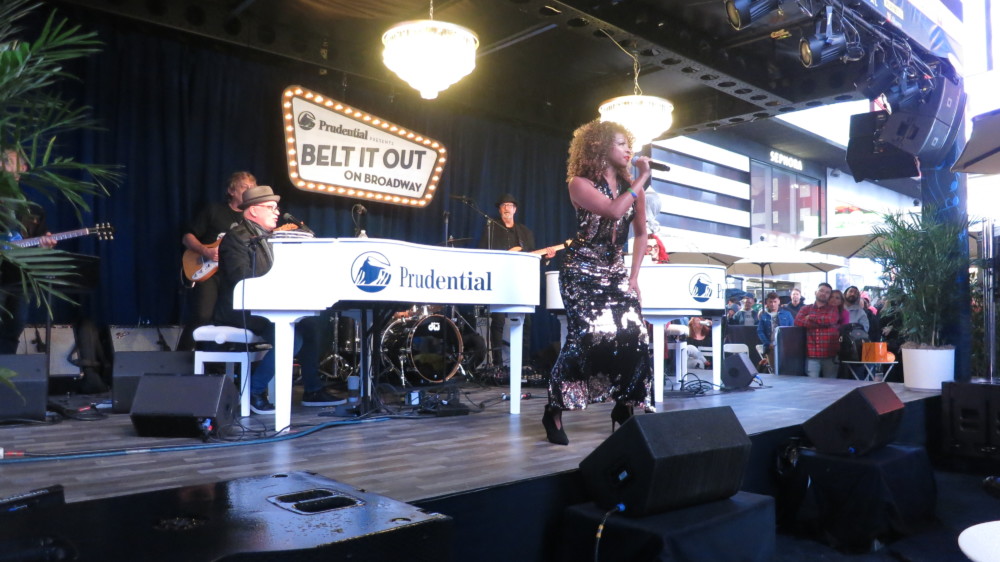 Donnie Kehr and the core band (Gary Bristol, Gary Seligson, Hidayat Honari, John Putnam and Jay Leslie) of Monday’s Rockers On Broadway were in full swing mode Saturday night during a somewhat rain-soaked evening as part of the Prudential/Playbill-sponsored Curtain Up in Times Square. 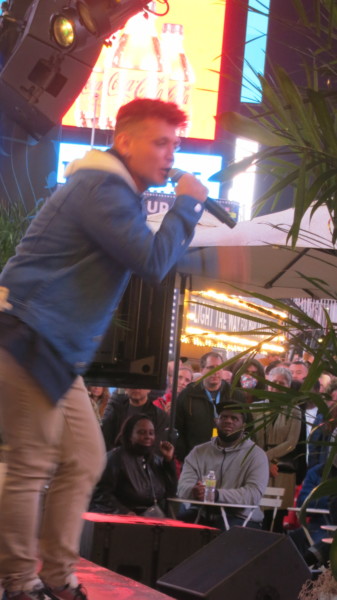 Kehr opened the show with his song “NYC Strong” which will appear on his forthcoming solo album Beautiful Strange. Things kicked into high gear when N’Kenge (Motown, The Musical) performed a smoldering version of “Proud Mary.” Attired in a glittery gown, suffice to say, her energy definitely equaled Tina Turner’s on her original version. 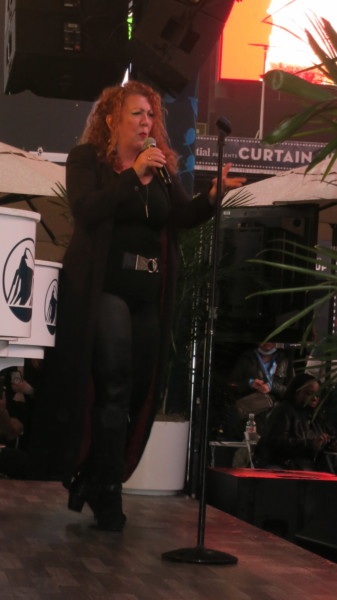 Jen Perry then performed a wonderful version of the Kris Kristofferson classic “Bobby McGee” while Kehr and fellow-original Jersey Boys-cast mate Michael Longoria performed a terrific “Oh What A Night.” Longoria followed with a spirited version of “Can’t Take My Eyes Off You” while Kehr next performed an excitable version of “Pinball Wizard,” from The Who’s Tommy that Kehr performed in. 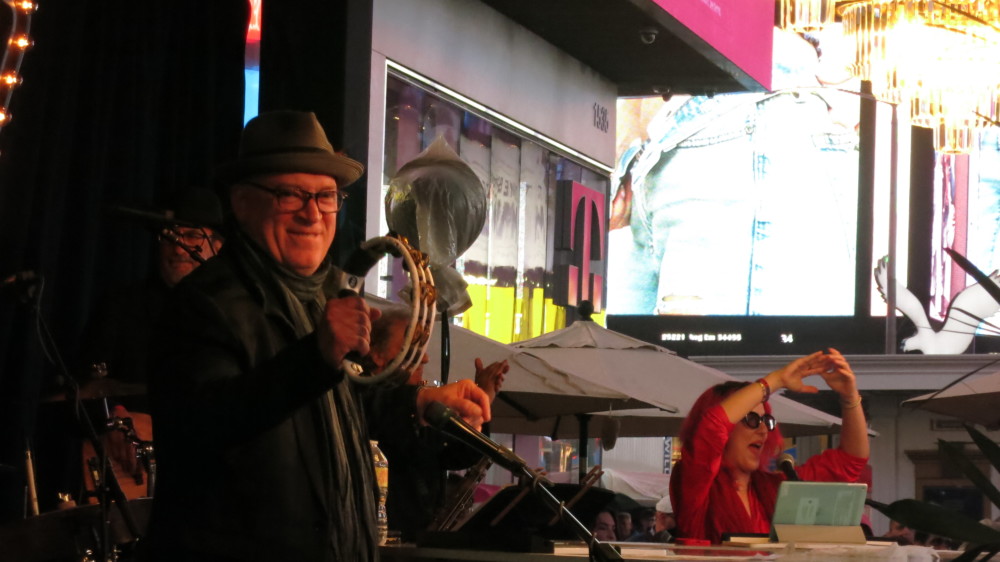 It’s worth noting that while in Tommy, Kehr and Who-mastermind Pete Townshend devised the Rockers On Brodway concept which had Broadway performers attend on their night off and rock out.

Monday’s event, their 29th, will be honoring songstress Diane Warren who will be receiving her first Oscar in next month’s broadcast. The event is formally titled Rockers On Broadway: She Rocks.

Jen Perry returned to the stage to perform a fiery version of the Katrina and the Waves “Walking On Sunshine.”

Rob Evan, N’Kenge and Kehr next performed a version of “Don’t Stop Believing” which had the SRO-audience standing and singing along.

Max Sangerman also did a terrific version of Green Day’s “When September Ends.”

Lolo (Lauren Pritchard) also performed a brilliant version of Alanis Morrissett’s “Isn’t It Ironic” which I felt was the highlight of the entire show.

Kehr and the band then took audio-requests electronically and performed “The Lion Sleeps Tonight,” “Saturday Night’s Alright For Fighting” “9 To 5” and a great version of “New York State of Mind.”