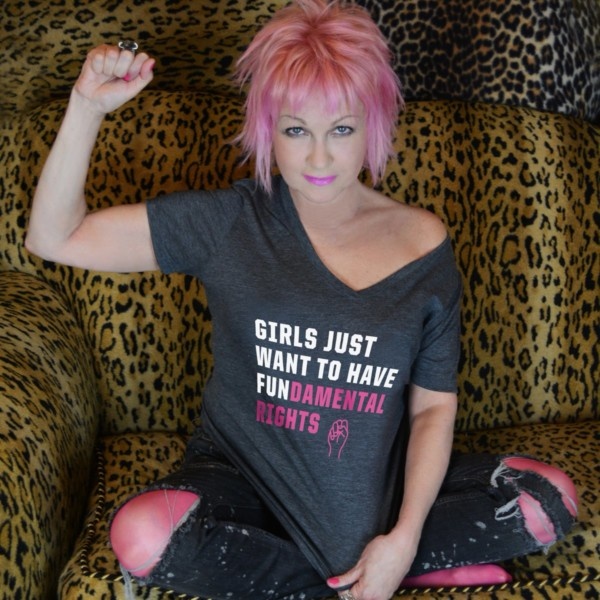 Grammy, Emmy, and Tony Award-winner Cyndi Lauper is set to pen the music and lyrics to a new Broadway musical based on the Twentieth Century Fox motion picture Working Girl. Fox Stage Productions and Aged In Wood Productions announce plans to adapt the blockbuster film with Lauper and FOX TV’s “New Girl” writer and Tigers Be Still playwright Kim Rosenstock as the book writer. The film was written by Kevin Wade.

Cyndi Lauper states: “I’m really excited for so many reasons to start composing the score for Working Girl. I love the film, and its story about a woman’s very unconventional road to success in the ‘80s is something I know a lot about.  Women are still fighting for fundamental rights and equal pay! It’s also laugh-out-loud funny, which is why Kim Rosenstock is the perfect person to write the book. Plus, I get to work with Robyn Goodman, who is really smart and a great producer, as well as Fox Stage Productions.”

Cyndi Lauper is a Grammy, Emmy, and Tony Award-winning (Kinky Boots) artist with 30 sterling years and global record sales in excess of 50 million albums. With her first album, She’s So Unusual, Lauper won a Grammy Award for Best New Artist and became the first female in history to have four top-five singles from a debut album. Since then, Lauper has released ten additional studio albums and was recently inducted into the Songwriters Hall of Fame. Overall, during her storied music career, Lauper has been nominated for 15 Grammy Awards, two American Music Awards, seven American Video Awards and 18 MTV Awards.  In 2013, Lauper became the first solo woman to win best original score for her music and lyrics for Kinky Boots.

Kim Rosenstock’s plays include Tigers Be Still (Roundabout Underground, Outer Critics Circle Award Nomination), 99 Ways to F@%k a Swan, andBride*Widow*Hag. In addition, she conceived and co-wrote the musical Fly By Night (Playwrights Horizons, Drama Desk Award nomination). She is currently working on commissions for Roundabout Theatre, Dallas Theater Center and Ars Nova. For six seasons she has been a writer and producer on the television show, “New Girl.” MFA, Yale School of Drama.

Suzanna BowlingSeptember 15, 2022
Read More
Scroll for more
Tap
My View: David Friedman’s Photo Was Not On The Friars Club’s Wall – Now It Is
Calling All Singers