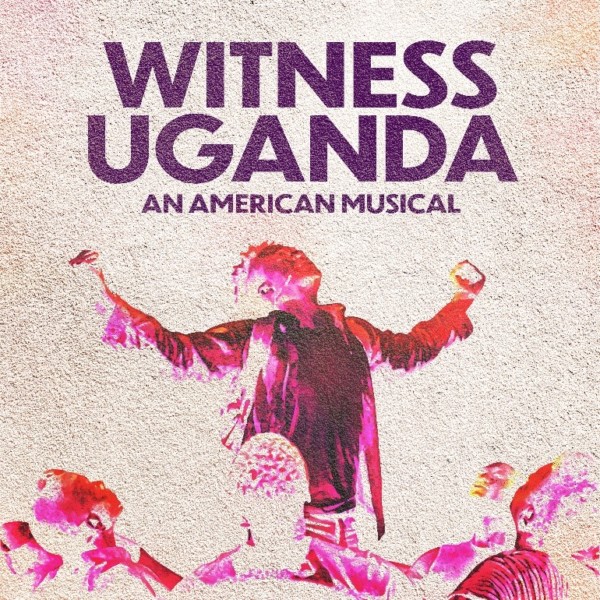 Sony Masterworks Broadway today announces the release of the Studio Cast Recording of Witness Uganda (An American Musical), an album of music from the powerful musical envisioned by creative duo Matt Gould and Griffin Matthews.

Available February 11, 2022, the album features 24 songs from the show, as performed by Matthews and a star-studded cast including multihyphenate superstar Cynthia Erivo, Grammy-winning recording artist Ledisi, and stage-and-screen stars Nicolette Robinson, Emma Hunton and Kristolyn Lloyd, among others.

Making its debut today alongside album preorder is lead single “Bricks,” which opens with a provocative spoken word verse, propulsive African drums and shimmering synths that eventually give way to a high energy chorus as the words “Resurrect People” resound.  listen here.

Watch the visualizer here. “We’ve always seen ‘Bricks’ as a rallying cry,” co-creator Matt Gould says of the track. “If you’re coming into the musical for the first time through the album, we want you to know it’s not your run-of-the-mill musical. It captures the energy and the spirit of a generation trying to come to terms with whether ‘changing the world’ is even possible.”

Featuring a book and score by Griffin Matthews and Matt Gould, and inspired by true events, Witness Uganda documents Griffin’s journey on a volunteer mission to Uganda, during which he builds an unlikely bond with a ragtag group of teenage students. When home doesn’t feel like home, and any family connections must be forged, Griffin and the students discover community where they least expect it.

Originally making its world premiere at Harvard University’s American Repertory Theater in 2014, Witness Uganda  then had an off-Broadway run at Second Stage in 2015 under the moniker Invisible Thread. The musical was then reimagined for its West Coast premiere at The Wallis in 2019, where it found widespread critical acclaim.

The Studio Cast Recording of Witness Uganda (An American Musical) was produced by Grammy® Award-winner Stephen Bray (Madonna, Kylie Minogue, Jennifer Hudson, Respect Movie) who became a fan of the show during one of its early workshops. Recorded over the course of six weeks in Los Angeles and New York, the album was co-produced by Remy Kurs, Cian McCarthy, Michael Verdick, Matt Gould, Griffin Matthews, and Oliver Roth and was executive produced by OHenry Productions, Jana Shea, Jonathan Demar, and Van Dean and Deena Zucker for Broadway Records. David Manella, Terri Nolan, Devon Spencer and Tiffany Dunn at Loeb & Loeb LLP serve as production counsel.The 24-track collection features vocals by Griffin Matthews, Cynthia Erivo, Ledisi, Nicolette Robinson, Emma Hunton, Kristolyn Lloyd, Tyrone Davis Jr., Jamar Williams, Kameron Richardson, Jai’Len Josey, Amber Iman, India Carney, Jamard Richardson, Kevin Curtis, Sha’Leah Nikole, Naarai, Loren Smith, and Antwone Barnes.“In the world of musical theater, you often record a cast recording in two days,” says Gould of the album’s creation. “We had the luxury of time and space to record this like a pop album with Stephen. Because we had the opportunity to dig deeper, we were able to take a conceptual approach.”The album marks a full circle moment for the married co-creators, both of whom made separate long-term sojourns to different countries in Africa. During his first trip to Uganda as part of an aid trip, Matthews was inspired to launch UgandaProject, which opens up educational opportunities for Ugandan students. To date, the musical has raised hundreds of thousands of dollars to support UgandaProject. Matthews has starred on stage and across film and television with credits including The Flight Attendant, Dear White People, Ballers, Law & Order: SVU, and more. Meanwhile, Gould has garnered the Richard Rodgers Award twice, The Jonathan Larson Award, and ASCAP’s Dean Kay, Harold Adamson, and Richard Rodgers Awards.In the end, Witness Uganda chronicles an unbelievable and universal story for its creators.“In some ways, this is our family photo album,” Gould leaves off. “This album is the culmination of the work of hundreds of friends, colleagues, and artists who have collaborated on this show over the years. That anyone in the world can hear this music and be touched by that work is miraculous. It is the realization of what we dreamed of when we started.”“I hope you see yourself in Witness Uganda,” concludes Matthews. “I hope you say, that’s me. That’s my story.”