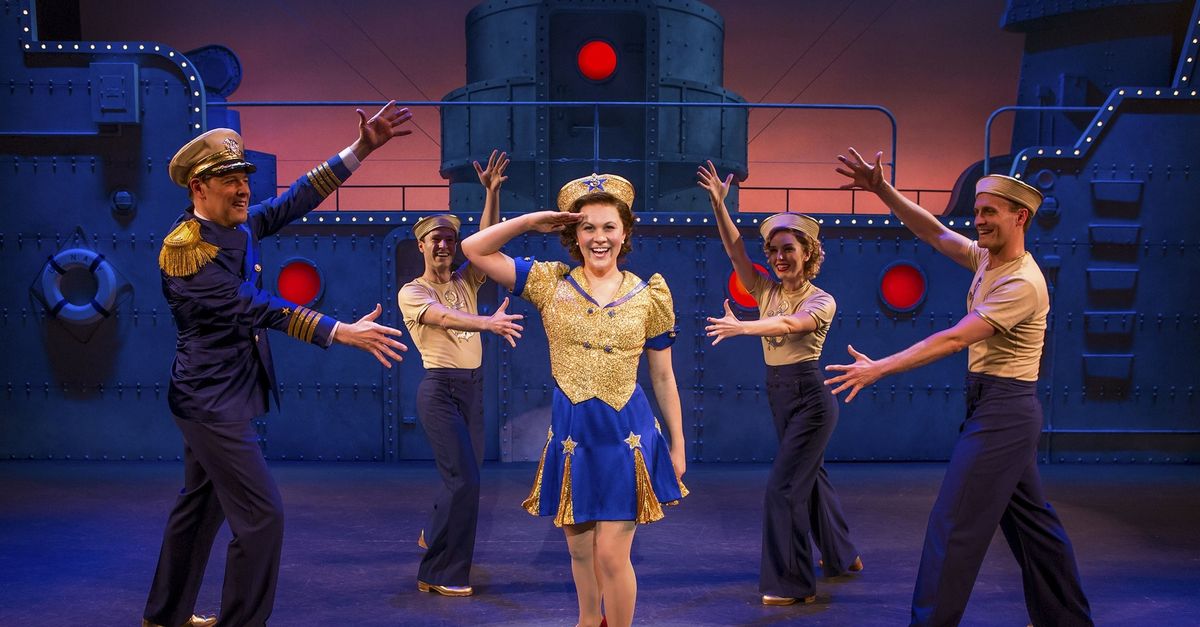 Dames At Sea There’s Something About You

Dames At Sea There’s Something About You 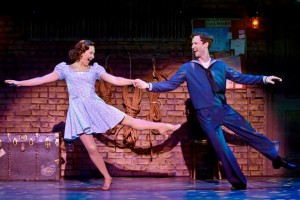 Part of the reason for this is even though Eloise Kropp can dance like a dream, her singing is only ok and she has no star wattage. She dances like Eleanor Powell, but they have put this pretty blonde in a dark wig to look Judy Garlandesq and instead of sparkling she fizzles until her dancing during “Star Tar.” We never fall in love with her so her romance with Dick (Cary Tender), which is on again, off again and back on, never touches us. When she sings “Raining In My Heart,” it is a nice number, but not the heartbreaking ballad it was with Ms. Peter’s. I never believed the chemistry between these two. Now if you told me Dick went for Lucky (Danny Gardner), I would believe it. Those two do have chemistry together. The adorable Mara Davi was a wonderful Joan and she and Lucky made a great “Choo-Choo Honeymoon.” 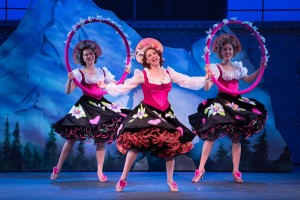 If you don’t know the plot it is as follows: In the early 1930s, a Broadway musical is in rehearsal. Mona Kent (The scene stealing Lesli Margherita), is its temperamental diva. Joan (Mara Davi), a wise-cracking chorus girl and Hennesy ( The dual John Bolton), the producer/manager/director are putting on a show. Arriving from Utah with suitcase in hand is the naive Ruby with “nothing but tap shoes in her suitcase and a prayer in her heart”, determined to be a Broadway star. Starving she promptly faints into the arms of Dick (Cary Tender), a sailor and aspiring songwriter. Ruby gets a job in the chorus, but the theater is being torn down, and they must find another place for the show. Joan and Lucky (Danny Gardner), another sailor and Joan’s former boyfriend, renew their romance as a wrecking ball destroys the theatre at the end of Act One.

Act Two has Dick and Lucky persuading their Captain (John Bolton again), to volunteer their ship with the help of Mona who is the Captain’s former lover. Mona comes on to Dick, Ruby gets upset but the two make-up. Mona becomes sea sick, Ruby steps in to save the show and becomes a star. The three couples decide to marry and a small Busby Berkeley happily ever after ends the show.

Director and choreographer Randy Skinner’s production is unevenly directed. Sometimes it is great spoof and sometimes it is just cheesy in trying to be real. His tap numbers are extensive and well done, but I wasn’t wowed. There wasn’t anything I hadn’t seen before

Who excels here is Lesli Margherita, whose over the top performance is perfection. As her side kick John Bolton does great double duty.