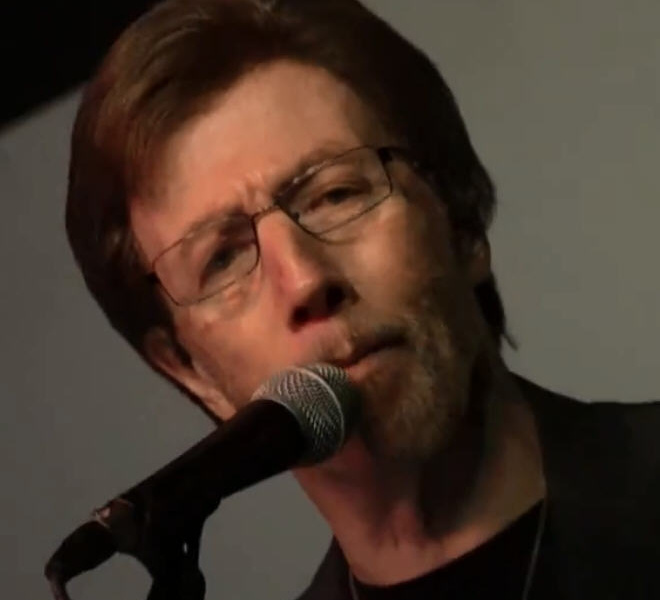 The music and times of Eric Clapton are coming to Fort Lee.

The Clapton Project is part of the free summer concert series at the Jack Alter Community Center in Fort Lee, scheduled for Tuesday, September 6th at 7:30 PM.

“When God hands you Eric Clapton on a silver platter, you must serve it up big!” said Dan Molloy, the brainchild behind The Clapton Project, the front man who bears a striking resemblance to the rock idol.  It was this that set Molloy on the course to creating a tribute band, Strange Brew, in Clapton’s honor

Clapton, the English-born rock and blues guitarist, singer, and songwriter, is regarded as one of the most successful and influential guitarists in rock music. He is the only three-time inductee in the Rock and Roll Hall of Fame: once as a solo artist and separately as a member of the Yardbirds and Cream. In his solo career, Clapton sold more than 280 million records, making him one of the best-selling musicians of all time.  A recovering alcoholic and drug addict, he founded a medical facility for recovering substance abusers.

“Our goal is to perform a complete show, with the songs connected and woven into Clapton’s rather complicated life story – for example, the person who he thought was his sister was in fact his mother.  He fell in love with Pattie Boyd, the wife of his best friend George Harrison, who he later married and for whom he wrote the classic hit, ‘Layla’,” said Molloy. “The music means more when one understands Eric’s life and passions.”

Molloy is a lifelong resident of Bergen County and a graduate of St. Joseph Regional High School. “Our house was not very musical. In fact, nobody in the family of five played an instrument or sang. Mom played show tunes on her record player but that was about it until I reached the age of 40,” said Molloy.  “At that point, I decided to learn to sing and enlisted a vocal coach in New York City to begin the process. That’s when the magic began.”

Molloy grew a beard and suddenly everyone started asking him for autographs, thinking he was, in fact, Clapton. With his newly found “celebrity,” Molloy doubled down by working exclusively on Eric’s huge discography.  He’s been working on it now for over 30 years and performs such songs as Layla, Sunshine Of Your Love, White Room, Badge, Forever Man, Pretending, Running On Faith, Tore Down, Before You Accuse Me and many more. Upon entering the music scene, Molloy met his soulmate Doreen, who is an accomplished vocalist. The two have been married for 28 years and produce The Clapton Project together.

Molloy has appeared on the David Letterman show twice and the Today Show, and performed live from Giants Stadium. The band itself is called ‘Strange Brew’ in reference to the song written by Clapton (originally performed by Cream). The music and the show are suitable for all audiences.