The acclaimed Second Act Series, will celebrate the short-lived Charles Strouse and Alan Jay Lerner musical Dance A Little Closer at New York’s Green Room 42 on Monday, April 16th at 7:00pm. Kenneth Tigar (Broadway: Translations, Fish In The Dark, TV/Film: Alpha House, The Avengers, and more) joins a star ensemble that features Beautiful’s Julia Knitel (Bye, Bye, Birdie), currently starring in A Letter to Harvey Milk as Cynthia, Drama Desk Award-winner Ed Dixon (Georgie, Sunday In The Park With George, Les Miserables) in the role created by his lifelong friend and colleague George Rose and Cheryl Howard, who returns to the role she originated in the original 1983 production.

Through a career that spanned three decades, lyricist/librettist Alan Jay Lerner and his partner, composer Frederick Loewe, became virtually synonymous with the blockbuster Broadway musical. A list of their hits all but defines the genre: Brigadoon,Paint Your Wagon, Camelot, the movie musical Gigi, and their biggest triumph, My Fair Lady. Dance a Little Closer, his only collaboration with legendary composer Charles Strouse closed on its opening night, but lived on through a cast recording preserving their wonderful score.

It is New Year’s Eve at The Alpine Barclay Palace Hotel and the guests have found themselves on the brink of a nuclear armageddon. And thus begins Alan Jay Lerner and Charles Strouse’s short-lived musical Dance A Little Closer, inspired by Robert E. Sherwood’s Idiot’s Delight.  Featuring an outstanding score by the composer of Annie, Bye Bye Birdie, Rags and more, Dance A Little Closer struggled to find its footwork and closed on its opening night after twenty-five previews and one performance. Musical theater lovers, however, have never forgotten Strouse’s remarkable score and Lerner’s clever lyrics. Now, just in time for the musical’s 35th anniversary, The Alpine Barclay Palace Hotel and its guests will return to the New York Stage for one night only. 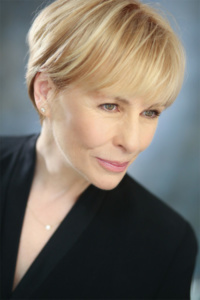 Don’t Tell Mama is thrilled to present the return engagement of West End & Broadway star and Olivier Award-nominee Liz Robertson in “Lerner Without Loewe,” an affectionate musical tribute to her late husband, Alan Jay Lerner, the internationally acclaimed author of My Fair Lady, currently in previews at The Vivian Beaumont Theatre and opening on April 19. Having debuted the show in a one night engagement last April, she now returns for three (3) performances –  Friday, April 13 at 7pm, Saturday, April 14 at 8pm, and Sunday, April 15 at 6pm. The evening is directed by Barry Kleinbort with musical direction by Ron Abel.

Amongst Alan Jay Lerner’s many hits is the classic My Fair Lady, written with Frederick Loewe. It was whilst playing Eliza in the West End production that Liz and Alan met, and subsequently married. The partnership of Lerner and Loewe is recognized as one of the greats, but Lerner also wrote shows with Burton Lane (On a Clear Day…, Carmelina), Andre Previn (Coco), Kurt Weill (Love Life), John Barry (Lolita, My Love), Charles Strouse (Dance a Little Closer) and Leonard Bernstein (1600 Pennsylvania Avenue). In these special performances, Liz will sing an array of numbers from these shows –  from little known songs – to ones that everyone can hum along to. A very personal and fitting tribute to her late husband in his centenary year.

Liz Robertson career began with A Little Night Music, directed by Hal Prince and the revue Side By Side By Sondheim, which she subsequently took to Toronto with Georgia Brown. Other London theatre credits include I Love My Wife, My Fair Lady (Olivier Award nominee – directed by Alan Jay Lerner), Song and Dance, Kern Goes To Hollywood, Sound Of Music, The Music Man, and Phantom Of The Opera. Her other credits include the Broadway productions of Dance A Little Closer (opposite Len Cariou) and Jerome Kern Goes to Hollywood, an extensive US tour of The King and I opposite Rudolph Nureyev and performing at the Kennedy Center Honors before President and Mrs. Ronald Reagan. More recently, Liz starred in the musical Hairspray at the Shaftesbury Theatre performing Velma Von Tussle and was the original Madam Giry in Love Never Dies.  She played the part of Cheryl Gillan in the Donmar Warehouse production of Committee last summer and is currently performing her cabaret Lerner Without Loewe in London and New York.