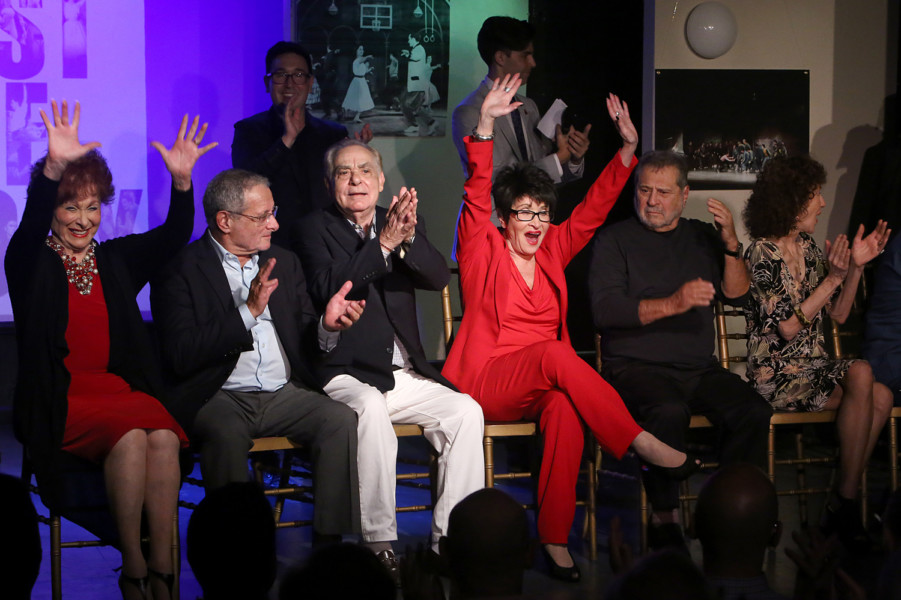 Dancers Over 40 and West Side Story Reunion a Successful Event

Dancers Over 40 and West Side Story Reunion a Successful Event 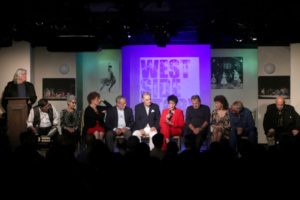 Whatta night!! Phew! SRO and more! The biggest audience we have ever had. Although it is a good thing, we wish EVERY DO40 event could be as successful. We’re here every day, every week, every month for 23 years to promote the History, Legacy and Lives of our mature dance and theater communities – and pay it forward to the next generation (many included here!). And we’d like you all to come along with us! Please join us as as card-carrying, dues-paying members, so that we can continue to bring you events like this one. 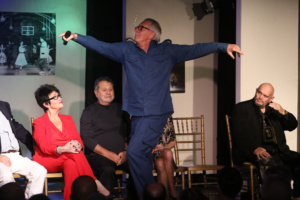 And even events that only highlight the “townspeople,” as DO40 Legacy Award Honoree Teak Lewis called his gypsy community at our Legacy Awards last December. Special thanks to doc producers Dennis Grimaldi and Joey Dedio, our crack tech crew and volunteers and the 11 incredible souls from WSS who graced the stage tonight: Martin Charnin, Grover Dale, Marilyn D’Honau, Carol Lawrence, Ronnie Lee, George Marcy, Tony Mordente, Liane Plane, Chita Rivera, Jaime Sanchez and David Winters. And our “next generation” who sang “Somewhere,” host Matt Rodin, Sojourner Brown, Hannah Corneau, and Amanda Savan as well as a haunting solo of “Something’s Comin'” by Jay Armstrong Johnson. We are so sorry for having to turn away people who came to buy tickets last minute. The theater just could not accommodate any more patrons. 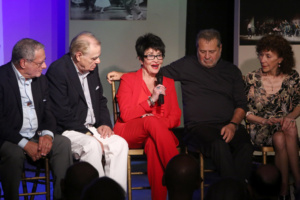 Both Grover Dale and Carol Lawrence couldn’t be confined to their chairs as they demonstrated events leading up to the opening night of WSS!   Grover even demonstrated part of the original dance audition. 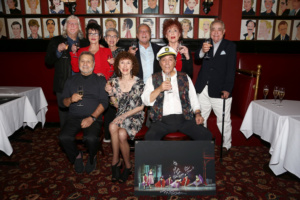 After the event, there was a small champagne toast and poster signing at Sardi’s. DO40 will sell them at next year’s Broadway Cares/Equity Fights AIDS Flea Market! 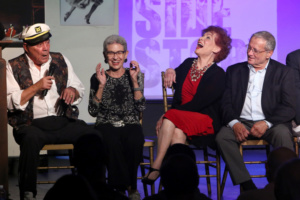 That George Marcy is such a hot sketch (as they used to say in his day!). Georgie just turned 90, and has been a DO40 member for over 10 years!

See you all (?!?) at our 9th Annual Legacy Awards and Holiday Dinner at LIPS Restaurant, NYC on Monday, December 11th, 6 – 9pm. Tickets on sale by Telecharge in November! Official (and gorgeous) pictures on our photo gallery and VIDEO of the event coming soon!

Suzanna BowlingSeptember 2, 2022
Read More
Scroll for more
Tap
Miley Cyrus Knocks it Out of the Park at Madison Square Gardens
Nominations For The Best of The NY Summefest