DANCIN’ opened on Broadway on March 27, 1978 and ran for four years, and was Bob Fosse’s only all-dancing and all-singing musical. To mark this historic event, Dancers Over 40 will assemble a spectacular “once-in-a-lifetime” panel of original cast members almost exactly to the day of their 1978 debut – March 26, 2018, 7pm at St. Luke’s Theater, 308 West 46th Street. Celebrating with us will be original cast members (in alphabetical order): Gail Benedict, Sandahl Bergman, Wayne Cilento, Christine Colby, Jill Cook, Rickard Korthaze, Ann Reinking, William Whitener and Fosse DANCIN’assistant and long time DO40 member, Kathryn Doby. Nicole Fosse, daughter of Bob Fosse and Gwen Verdon, will also be at the celebration. There will be two panels, the reunion with original cast members, moderated by author, theater historian and now documentary filmmaker Ken Bloom (BROADWAY MUSICALS: The 101 Greatest Shows of all Time and the upcoming documentary on Gwen Verdon) and a panel hosted by DO40 member and author of the new book on Bob Fosse, Kevin Winkler, and include DANCIN’ cast replacements including Eileen Casey, Lloyd Culbreath, Clif de Raita, James Horvath, Michael Kubala and Valerie Miller. DANCIN’ cast members we have lost, including DO40 founding member John Mineo, as well as Rene Ceballos, Chris Chadman, Ed Love and Charles Ward, will be acknowledged. 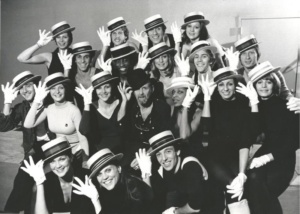 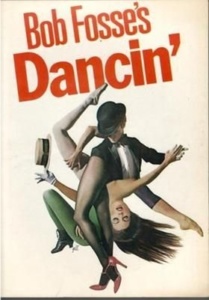 Dancers Over 40 is an all-volunteer, membership-driven non-profit arts organization dedicated to preserving the History, Legacy and Lives of our mature creative community, while sharing the knowledge with the younger generation, particularly dancers just beginning their careers.