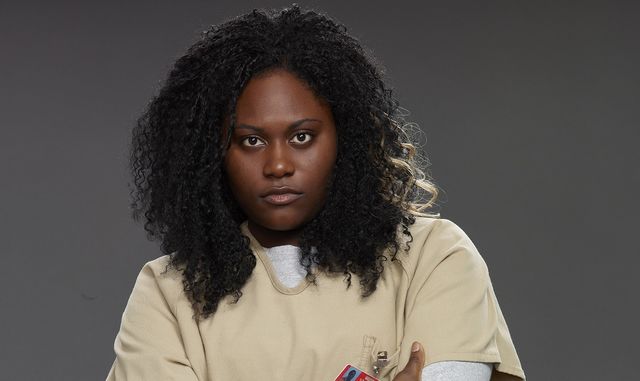 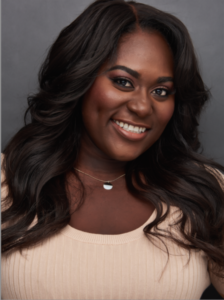 Award-winning actress Danielle Brooks, star of Netflix’s blockbuster series Orange Is the New Black, has been named host of the eleventh season of the public television series AfroPoP: The Ultimate Cultural Exchange. Brooks will help guide audiences as they journey through AfroPoP’s new slate of documentary and short stories on contemporary life, art and culture in the African Diaspora. Season 11 of the series, which highlights diverse issues including social justice, politics, LGBTQ identity, fashion and violence against women, premieres at 8 p.m. ET/10 p.m. PT on Martin Luther King Jr. Day, Monday, January 21, on the WORLD Channel, with a new episode airing each Monday through February 18. AfroPoP is produced by Black Public Media (BPM) and co-presented by American Public Television (APT).

“From Africa to America and back again, AfroPoP once again fulfills its commitment to bring engaging and thought-provoking stories about the African Diaspora to U.S. audiences,” said co-executive producer and BPM executive director Leslie Fields-Cruz.

The trailblazing series will be distributed to public television stations across the U.S. in February.

Lauded for her breakout role as Taystee on Orange Is the New Black, Brooks has also garnered praise on the stage, earning a Tony award nomination for her performance as Sofia in the Broadway production of The Color Purple. A Juilliard-trained performer, Brooks has also appeared in the HBO series Girlsand High Maintenance and on Master of None (Netflix). She joins an esteemed list of entertainers who have emceed previous seasons of AfroPoPincluding Idris Elba, Anika Noni Rose, Wyatt Cenac, Gabourey Sidibe, Anthony Mackie, Yaya DaCosta, Jussie Smollett, Nikki Beharie and Nicholas L. Ashe.

“We are thrilled to have another compelling and dynamic season of AfroPoPto share with public television audiences nationwide,” stated APT Director Business Development & International Sales Thomas Davison. “Now in its eleventh season, AfroPoP has firmly established itself on station schedules across the country.”

“We’re excited to be bringing the eleventh season of AfroPoP: The Ultimate Cultural Exchange to WORLD Channel viewers across the country,” said WORLD Channel Executive Producer Chris Hastings. “AfroPoP continues to share socially impactful stories from across the African diaspora and address issues of identity, politics and social justice. These are important, timely stories, and WORLD Channel is proud to be the public media destination for this important powerful series, and to help drive informative discussions in communities everywhere.”

Episodes of AfroPoP season 11 include:

Season opener Mama Africa: Miriam Makeba! (January 21) is director Mika Kaurismäki’s mesmerizing examination of the life of the iconic South African singer and activist. Through archival performance footage and interviews with those who knew her best and with Makeba herself, the film presents an in-depth look at the life and music of the woman whose artistry and activism became synonymous with the fight against apartheid in South Africa.

Dieudo Hamadi’s Mama Colonel (January 28), winner of the Independent Jury Prize at the Berlinale Forum, takes audiences to the Democratic Republic of Congo as it follows Honorine Munyole, known as “Mama Colonel,” as she leads a special police force charged with addressing violence against children and women in a country struggling to heal the wounds of war.

Piotr Cieplak’s The Faces We Lost (February 4) introduces nine Rwandans and their efforts to use photographs to help keep alive memories of loved ones lost during the 1994 genocide in that nation. Through the stories of survivors, relatives of victims and archivists, viewers come to see how photographs become avatars of the deceased and create tangible links to the past for future generations. April 2019 marks the 25th anniversary of the genocide.

The stirring documentary While I Breathe, I Hope (February 11) by Emily Harrold follows the against-all-odds 14 campaign of Bakari Sellers, a young Black Democrat running for lieutenant governor of South Carolina. From his time on the campaign trail to the devastation of the 2015 Charleston shootings to his role as a CNN pundit, the film explores Sellers’ unending commitment to his home state and its future in a new America.

The season ends with an eclectic shorts program (February 18) featuring the animated documentary black enuf by Carrie Hawks, the story of a “queer oddball” on a quest for acceptance and self-love while exploring expanding ideas of black identity; Swimmin’ Lesson, director Shahari Moore’s poetic and moving tale of one young father’s recollection of his son’s fate during Hurricane Katrina; and Stacey Holman’s Dressed Like Kings, an insightful look at the South African pageant where men compete in formal wear for the title of the best and freshest dresser.

Angela Tucker is co-executive producer of AfroPoP: The Ultimate Cultural Exchange, and Duana Butler serves as series producer and director. AfroPoPis produced with the generous support of the Corporation for Public Broadcasting and National Endowment for the Arts.

For more information on AfroPoP and other programming from BPM, visit www.blackpublicmedia.org. For viewing information, check local listings or www.APTonline.org.