Darius de Haas brings his brand new concert to Feinstein’s/54 Below. The award-winning singer, recording, and concert artist (Lincoln Center American Songbook, Carnegie Hall, The Kennedy Center, Bistro Award winner for his recording Day Dream) and actor (Broadway’s Rent, Shuffle Along, Dreamgirls, Children of Eden, Obie Award winner) brings his focus to the music of Leonard Bernstein. In this special evening of song, de Haas will regale audiences with songs from Bernstein’s shows and concert pieces such as West Side Story, Candide, and Mass, including “Something’s Coming,” “Maria,” “Simple Song,” “Lonely Town,” “It Must Be So,” “Take Care of This House,” and many more. 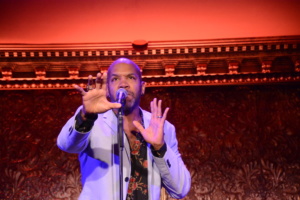 In this video hear de Hass sing “New York, New York” from On the Town and “Something’s Coming” West Side Story. 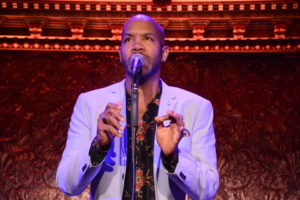