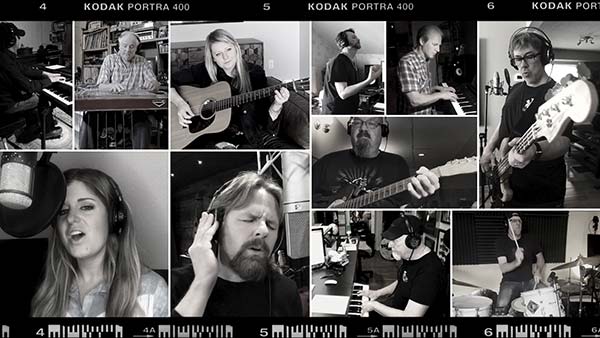 Canadian country music producer Darren Walters along with artists Kinsey Rose and Jason McCoy of The Road Hammers, teamed up with for a modern twist of Randy Travis’ classic ‘I Told You So,’ for another edition of “The Stonehouse Sessions.” As social distancing remains in affect, Walters united some of the best studio musicians possible for a heartfelt tribute to such a timeless classic.

“This is one of the most inspirational projects I have ever worked on,” says Darren Walters. “Musicians have a personal connection with one another even though you may have never met or worked together and it shows throughout this entire video.”

“When I first heard the track I was blown away,” says Kinsey Rose. “Darren did a great job picking out the musicians.”

After putting together this video and seeing the final results, Kinsey Rose felt there was one thing left to do and that was to show it to the legend himself, Randy Travis. After sending the video, Rose received a response with the utmost approval from Randy and Mary Travis.

“Just Wow! Randy made me play it 3 times!!!,” says Mary Travis. “Y’all knocked this one out of the park. Great duet partner – the best cover we have heard of this one. Thank you for sharing – do you mind if we pass it on? We adore you – your vocals are perfection!”

For more information on The Stonehouse Sessions, visit www.thestonehousesessions.com.