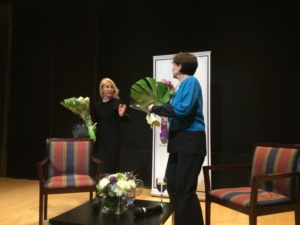 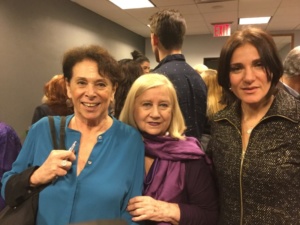 The Oral History interview, was produced by Betty Cowin, who is being honored today at Sardis. Her co-producers were Pat Addiss and Sophia Romma. 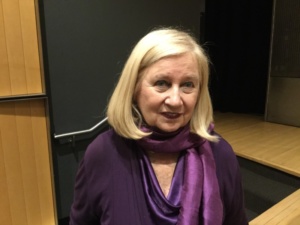 Ludovica Villar-Hauser Co-VP of Programming introduced the two women. T2C video’d the event. In this video you can hear part of the introduction and Daryl talking about the art of storytelling, the way theatre has changed, Edward Albee, Wit and how she has become courageous. 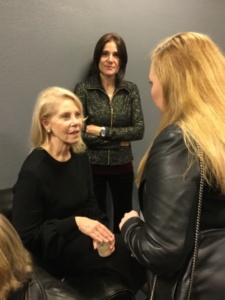 The League of Professional Theatre Women is a not-for-profit 501(c)3 organization which exists to champion women in theatre. For over 35 years, LPTW has been leading the gender parity conversation in the professional theatre, offering programming, events, and advocacy initiatives which provide visibility and opportunities for women. Since its founding, the League’s membership has grown to 500+ members of theatre artists and practitioners of all backgrounds, across multiple disciplines, working in the commercial and non-profit sectors. To promote visibility and increase opportunities for female-identifying people in the field, LPTW spearheads events, public programming, advocacy projects, media and publications that celebrate industry luminaries, preserve the legacy of historic visionaries, raise awareness of the importance of nurturing women’s voices, and shine a spotlight on the importance of striving for gender parity and of fostering a diversity of expression, both in the theatre world and world at large. In 2015, the LPTW issued its Women Count Report, a study of the hiring of women Off-Broadway over the course of five seasons. The findings in this widely-acclaimed study led to the LPTW Seal of Approval initiative, which awards theatres in the off-Broadway community that have achieved 50/50 gender parity or better in their seasons. To find out more, visit www.theatrewomen.org.