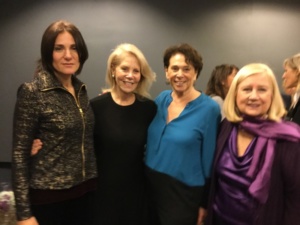 T2C video’d the event. In this video you can hear Daryl talking all about Kinky Boots, Closer Than Ever, Jordan Roth, her theatre, De La Guarda, Fuerza Bruta