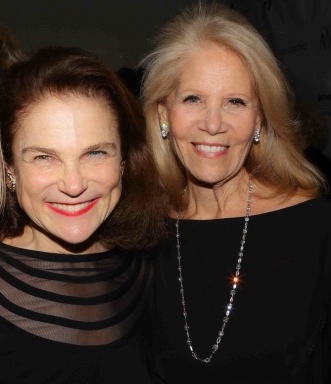 Daryl Roth and Others Honored at Folksbiene Mother’s Day Gala

Daryl Roth and Others Honored at Folksbiene Mother’s Day Gala 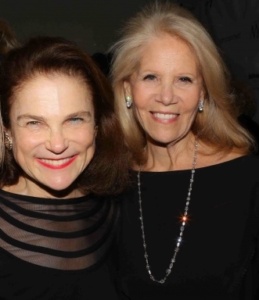 It will be the mother of all star-studded galas!  On Mother’s Day the National Yiddish Theatre Folksbiene (producers of last season’s critically acclaimed and Drama Desk-nominated musical The Golden Bride, and current producers on the upcoming Broadway stage play Indecent) presents a unique gala concert, “Our Leading Ladies,” celebrating the contributions of women in the arts, business, science, and philanthropy, at the NYU Skirball Center for the Performing Arts, 566 LaGuardia Place, on Sunday, May 14, at 6:30pm.

Hosted by star of stage and screen Tovah Feldshuh (CW’s Crazy Ex-Girlfriend), with world-renowned violinist Alicia Svigals of the Grammy-winning Klezmatics helming an orchestra comprised of some of the most sought-after musicians in their fields, “Our Leading Ladies” features an all-female cast of Tony-winning performers, noteworthy recording artists and audience favorites from past Folksbiene productions.  Among the confirmed artists are Judy Kaye, Rachael Sage, Joanne Borts, Annette Ezekiel-Kogan, Grace Field, Cantor Magda Fishman, Daniella Rabbani, Eleanor Reissa, Rachel Yucht, and stars of The Golden Bride Rachel Policar and Rachel Zatcoff.

Established 1915, the Drama Desk-winning National Yiddish Theatre Folksbiene brings a rich cultural heritage to life on stage—one that was nearly destroyed some 80 years ago. With mainstage productions, reading series, concerts, education and outreach programs, all presented with supertitle translations, NYTF’s programming is accessible to multicultural audiences. NYTF had played in the forefront effort of bridging Jewish life with a secular world by utilizing the arts as a connector to cultural legacy, identity, and global citizenship. Now from its home at the Museum of Jewish heritage, NYTF continues to present relevant and impactful programming to more than 100,000 attendees annually. Under the leadership of Executive Producer Christopher Massimine and Artistic Director Zalmen Mlotek, NYTF has fostered a commitment to cultivating wide and eclectic audiences, with programs incubating in New York City and positioned to travel throughout the country and around the world.