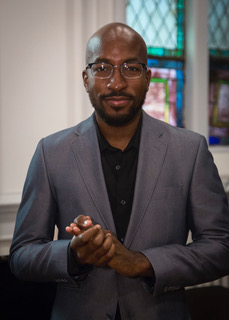 At the 2019 Idea Awards for Theatre; three grants awarded to adventurous new voices in playwriting and musical theatre, as well the visionary playwrights who have inspired and blazed trails before them.
Playwright Dave Harris received this year’s Ollie New Play Award and was bestowed with a $30,000 prize.

“The Bret Adams and Paul Reisch Foundation has created the ‘Idea Awards for Theatre’ to encourage expansive, idea-driven artworks with inherently theatrical ways of illuminating big ideas and concepts,” says Bruce Ostler, V.P. and Board Member of  The Bret Adams and Paul Reisch Foundation. “With our financial awards, we are encouraging artists to grapple with and dramatize the big ideas that the world is engaged with. This money will give them needed time and space to explore and write.  To that end, we have created three Idea Awards for Theatre, to celebrate pioneering theatrical artists of all stripes: the Ollie Award for the most ambitious big idea play, the Vivace Award for a big-idea musical that makes you want to get up and dance, and the Tooth of Time Award to encourage accomplished artists to continue their personal evolution in examining big ideas. We are giving these Awards to dare these writers to theatricalize something wild and brave.” www.BretnPaulFoundation.org.

While at the awards I got into a conversation with Margo Jefferson and Andre Bishop that I found so fascinating that I left the footage raw.