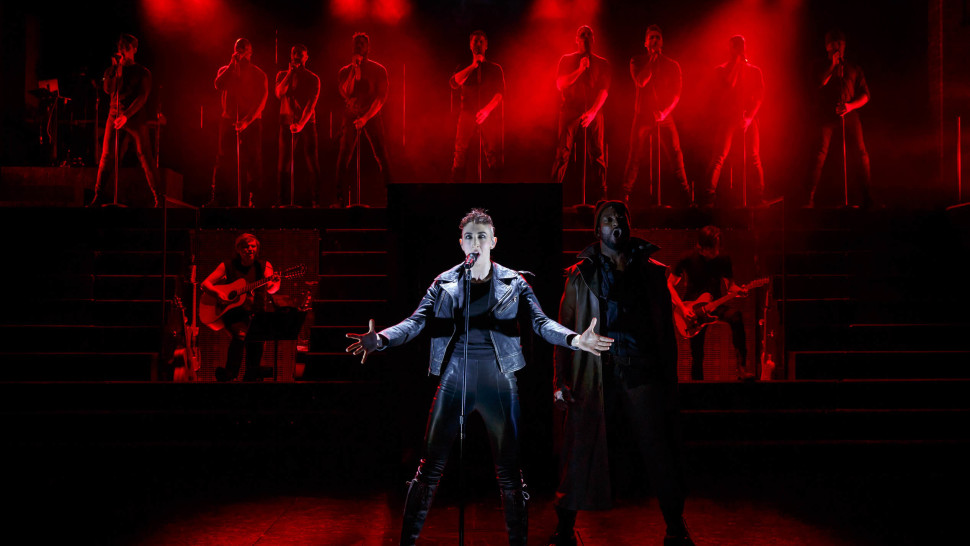 David Byrne’s Joan of Arc: Into the Fire Into Monotony

David Byrne’s Joan of Arc: Into the Fire Into Monotony 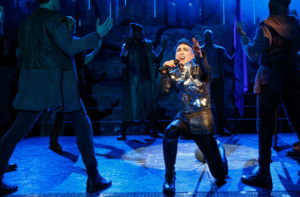 Jo Lampert and the cast of Joan of Arc: Into the Fire can sing. The projections by Darrel Maloney, sets by Christopher Barreca, lighting by Justin Townsend and especially the costumes by Clint Ramos are all fabulous. The music, book and especially the lyrics by David Byrne are so monotonous, you wonder how in the world was this show ever produced. Words and phrase are repeated so many times, that Mr. Bryne must have thought his audience incapable of understanding “Have faith, Be strong” or that they must send Joan to heaven. Not even Mare Winningham singing those words so sincerely to restore her daughters name can make over stating that sentence not seem condescending. 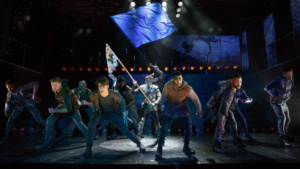 I just don’t understand how you take a vibrant tale of the heroine of France who was canonized as a Roman Saint and make her boring. Someone recieveing visions, helping to recover France from English domination in the Hundred Years’ War and lead Captain Baudricourt (Michael James Shaw) to success, helped king the Dauphin (Kyle Selig), captured, put on trail by the church Bishop Cauchon (Sean Allan Krill), tortured by the head priest (Rodrick Covington) and then burnt alive at nineteen, should have some oomph. If it weren’t for Ms. Lampert’s powerful stage presence and her sexy shimmering armor this show would have fizzled. 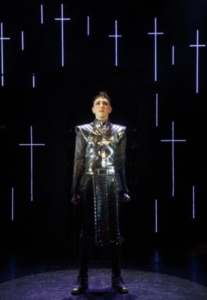 Director Alex Timbers does some deft staging, but it seems this piece was written more for the male ensemble dance numbers, that went on and on in disjointed moves thanks to choreographer Steven Hoggett. At least the ensemble was nice to look at. I did like the scene where the actors fought themselves, wearing French armor on the front side and British armor on the back.

For a rock musical there was no melody to speak of and every beat was repetitious. It all sounded like one really bad song.

I think what this piece was trying to say something about the transgender, LGBT community as Joan again states numerous times, “I’m not a girl, I’m not a boy.” They missed the mark. That community thank goodness is a little more livelier and not at all boring.

Joan of Arc: Into the Fire: The Public Theatre, 425 Lafayette St. until April 30th.