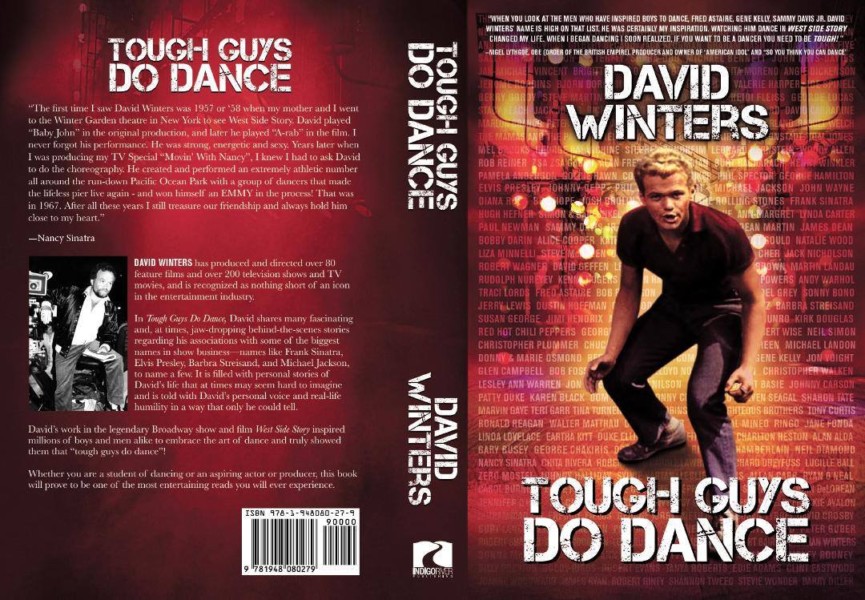 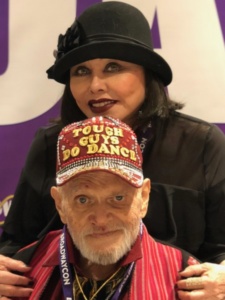 David Winters has produced and directed over 80 feature films and over 200 television shows and TV movies. He is nothing short of an icon in the entertainment industry. I had always known this legend’s work, but never really put all the pieces together of what he has accomplished. When he was appearing at BroadwayCon, I knew I had to take my friend Marya Coburn, as he was instrumental in her life. She met him at 17 and he was a gentleman to her. She then met him in Hollywood at 19 and he helped her get into the Elvis Presley movie “Stay Away Joe”. Though in contact with her, she had not seen him in a long time.

Critic, playwright and Drama Desk voter Peter Filichia was the moderator and it turns out David has written a book called “Tough Guys Do Dance”.

David shared many fascinating, entertaining and jaw-dropping behind-the-scenes stories regarding his associations with some of the biggest names in show business like Frank Sinatra, Elvis Presley, Barbra Streisand and Michael Jackson, to name a few. Ice shared personal stories that at times  seem hard to imagine, but are powerful.  David’s work in the legendary Broadway show and film West Side Story inspired millions of boys and men alike to embrace the art of dance.

David Winters was the first tap dancer to be recorded, first dance choreographer to be nominated in the history of the Emmys in the Special Classification of Individual Achievements category, before the Outstanding Achievement in Choreography category was created. He began acting in commercials, which led him to over 15 television shows by the time he was 17. He started acting in films, but he gained attention by playing Baby John in West Side Story, and Yonkers in Gypsy, in the original productions.

In 1961, he appeared as A-Rab in the movie version of West Side Story. The film was the highest grossing motion picture of that year, winning 10 Oscars. 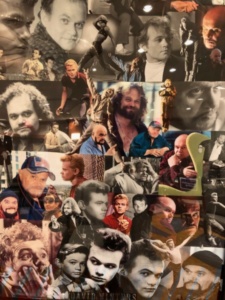 He was the dance choreographer for two major releases the concert film T.A.M.I. Show, showcasing all the major rock and R&B acts of the time The Beach Boys, Chuck Berry, James Brown, Marvin Gaye, The Rolling Stones, The Supremes, and many more. He also choreographed Viva Las Vegas starring Elvis Presley and Ann-Margret. He worked three other Presley films and four more with Ann-Margret. He also produced, directed, and choreographed star-studded TV specials for Ann-Margret. In Ann-Margret: From Hollywood with Love, he received his second Emmy nomination for dance choreography. 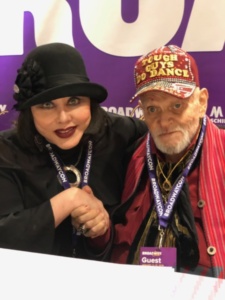 From 1965, he was seen regularly with his dance troupe on major TV shows such as Shindig! and Hullabaloo. 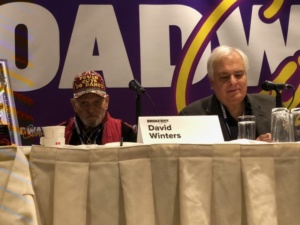 In 1966, he got his first producer credit in the TV movie Lucy in London, which starred Lucille Ball. 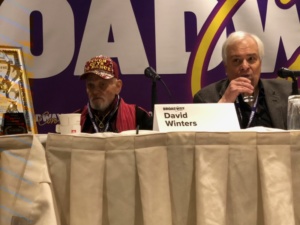 In 1967, he received what he has called his biggest honor, his Emmy nomination for the choreography of the TV movie Movin’ with Nancy. He was nominated for a special Emmy. 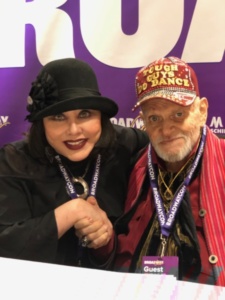 He directed two episodes of the hit show The Monkees, Raquel!, starring Raquel Welch, Once Upon a Wheel, starring Paul Newman, The Special London Bridge Special, starring Tom Jones, The Carpenters, and Rudolf Nureyev; Dr. Jekyll and Mr. Hyde (nominated for three Emmys) and Timex All-Star Swing Festival (which won the Peabody Award and a Christopher Award for Winters as its producer. 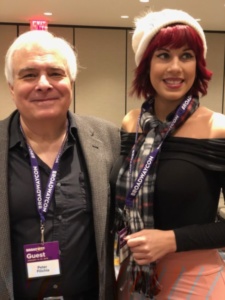 Winters directed the concert film Alice Cooper: Welcome to My Nightmare. That same year he produced Linda Lovelace for President, with his then-girlfriend. He choreograph A Star Is Born (1976), starring Barbra Streisand, as well as the Donny & Mary, the TV movie Star Wars Holiday Special, and the film Roller Boogie. 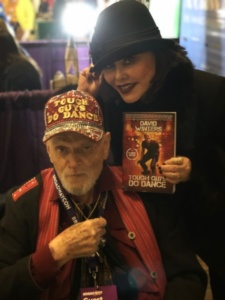 Winters is so entertaining that it is hard to stop listening.  “Tough Guys Do Dance” is a book that every dancer, performer or anyone in the entertainment industry should read. You will not be able to put it down.