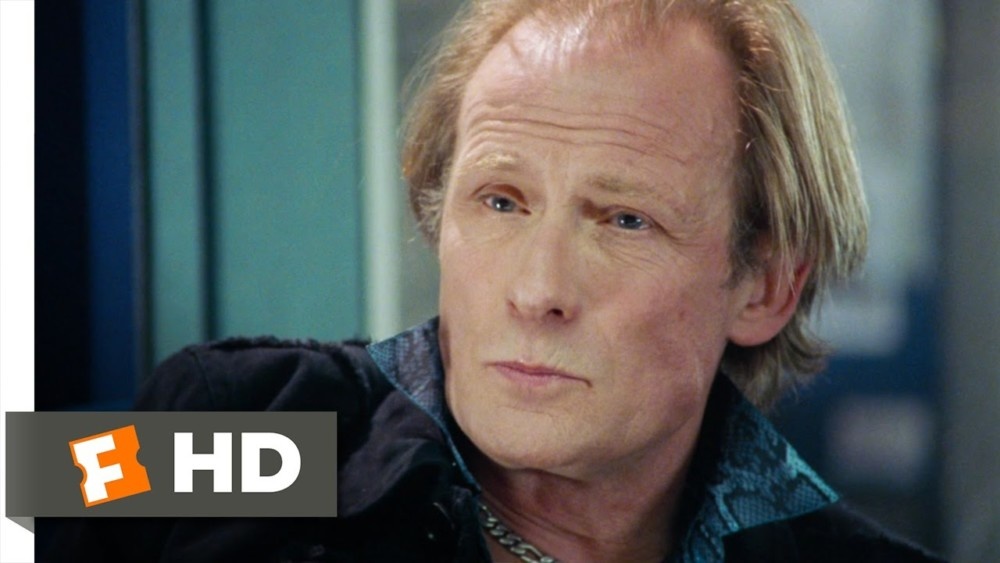 The dramatic white cliffs of Hope Gap on the Sussex coast are, at first, beautifully picturesque, but the more one gazes at their majesty, especially with the sweeping cinematography of Anna Valdez Hanks, the more dizzying they start to become. They conjure up vertigo imagery that evoke an instability in our trembling legs, much like the seemingly intact forever couple played with authentic cracks and stillness by the wonderfully dynamic Annette Bening (Broadway’s All My Sons, “The Kids Are All Right”) and Bill Nighy (National’/Broadway’s Skylight, “Love,Actually“). Their engagement crackles with subtle tension, even as Bening’s accent wobbles a bit here and there. She goes for him with a force to be reckoned with, trying to cajole a fight out of the reserved facade. She needs more words from him so she knows he’s fully in, but she gets much more than she bargained for. These two pros know just how to layer on the tightness in an allusive calm, knowing there is no competition with Wikipedia, just stories of the dead littering the side of the battered roads, frozen and stripped, so another can survive, even when clothed in guilt. Tied together on a wrong train so many years ago, the quiet moments inside their compartment rattle with the frustration and disappointment that has been simmering on the back burner just waiting to boil over into a full table toppling fit. And it’s completely engaging to witness.

Poised in between, their son, Jamie, exquisitely portrayed by Josh O’Connor (Donmar’s Versailles, “Florence Foster Jenkins“) ushers us through like a gatekeeper. His face holds years of sadness held in check, but he plays the mediator role demanded of him, keeping a watchful eye on the both. He’s tender in his care, even while struggling inside his own pot of pain, trying to find his poetry of want and desire that is hiding somewhere deep in his ambivalence to all things connected with love and attachment. It’s a gentle portrait of a young man lost, while being asked to rise up and take care of a mother in crisis and a father who might have taught him his own detachment. The way Grace goes at her son when she has no one else to go for stings the sentimentality from the wounds, and makes us see the complications of a marriage based on wrongful thinking and express trains that bypass where you truly want to go.

Framed with astute understanding of the emotional complications of disengagement, Oscar-nominated writer-director William Nicholson (“Firelight“) navigates the edge of that cliff with extreme skill and sensibility, never losing focus of Bening’s razor-sharp edge of demanding drama. Grace is “fine, fine, fine”, but she’s most skillfully not. The couples push/pull and retreat rings true and heartbreaking in its painful honesty. Nighy’s Edward does the unthinkable, as least in Grace’s unblinking eyes, but can we find blame in his hopeful desire to make amends to the both of them? As portrayed by the four-time Oscar nominee, Bening makes Grace anything but that, smashing her anger, frustration, and even her depression out with a force, clashing religiously with anyone close enough to feel her jab. She’s filled to the brim with pain and loss, challenging all around to withstand her attacks, while simultaneously holding her back from the edge. The climatic interactions with both the men in her life are weighty with tense conflict, bordering on dangerous and manipulative. The drama is also achingly authentic and coming from a true place of loss and confusion without giving us any stereotypical stances to find our footing on. “Hope Gap” resonates, giving weight to the tragedy of broken long-term love being something other than typical or even something based on deep connection. It pulls us in through the hopeful bits of life found in the small pools at water’s edge when the tides of anger are out.  The cliffs can’t drag us over, nor do we slip and fall. They just gave us a vantage point to see more than we ever tend to see inside a three decade long attachment that was never poetically fulfilling to begin with.