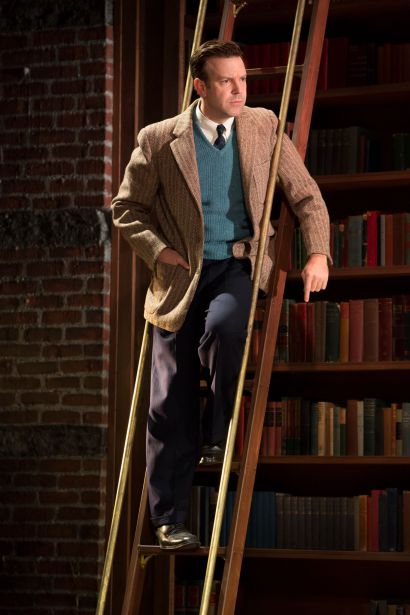 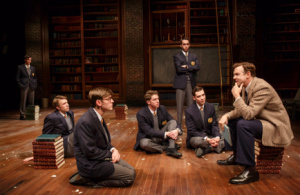 “I went to the woods because I wanted to live deliberately. I wanted to live deep and suck out all the marrow of life…To put to rout all that was not life; and not, when I had come to die, discover that I had not lived.” It felt like the only way one could start writing about this heart-breaking, gorgeous stage adaptation by the Classic Stage Company of the Dead Poets Society is to begin with the same lines that are spoken at the onset of the meeting of this secret society. Because in essence, this is the lesson to be learned. To strive forward, to find our own voice, to avoid conformity, and most importantly, to make our life extraordinary. At all costs. 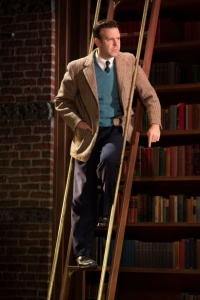 Jason Sudeikis enters in the exact way he should, whistling, something no other teacher would do at the stuffy Welton Academy, New England, circa 1959. Stepping into the late great Robin Williams’ shoes, he skillfully inhabits the part of John Keating, the inspirational and, some may say, rebel-rousing new teacher and makes it his own instantly.  It’s a daring task he sets before himself, and in Keating’s words, Sudeikis does in fact ‘Seize The Day’ with all the gusto, power, and humor one could imagine. Based on the movie of the same name, playwright Tom Schulman has given Sudeikis the chance to soar.  As Keating, he fires up these private school boys to think outside the box, teaching them the power of poetry, language, passion, courage, and thus, how to grab life by the horns. 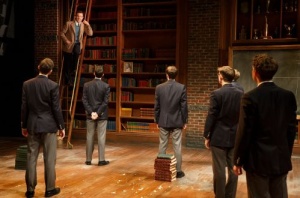 Not all would agree to this approach. The head of the school, Mr. Nolan, expertly played by David Garrison, believes in a much more old school structured approach. Nolan wants to prepare these boys for college, with a discipline regime very much inside that box of conformity. Mr. Perry, a board member and the controlling father of Neil (a miraculous Thomas Mann), one of the brighter students and board member, (chillingly played by Stephen Barker Turner) agrees; Shakespeare be damned.  Medical School is what is most important. 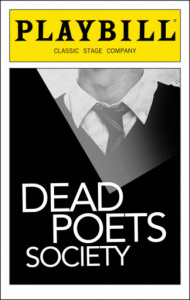 And then there are the students. Each and every one of these young actors could be singled out for their delicate and intricate work, crafting unique portrayals of boys turning into men before our very eyes. There is barely a false note or phrase uttered by any one of these fine actors (William Hochman as Knox Overstreet; Cody Kostro as Charlie Dalton; Yaron Lotan as Richard Cameron; Mann as Neil Perry; Zane Pais as Todd Anderson; Bubba Weiler as Steven Meeks).  It’s a thrill to see them swoon and expand with such a delicate pure stance.

“But only in their dreams can men be truly free. ‘Twas always thus, and always thus will be.”

The writing is poetic, not surprisingly, as is the direction (John Doyle) and the staging (scenic design: Scott Pask; costume: Ann Hould-Ward; lighting: Japhy Weideman). Anyone who has seen the iconic film knows exactly where this is heading, but the magnificent director, Doyle takes us through with such attention to detail and connection to what these teenage boys are desperately trying to cope with, that one can’t help but hold their breath hoping for a better ending than we know is coming. And when the final moments unfold, as we know they would, we find ourselves shaken to the core. United, we all want to stand up, and join in with those devastated boys to hail Sudeikis (et al.); “oh captain, my captain”. It is very deserving.