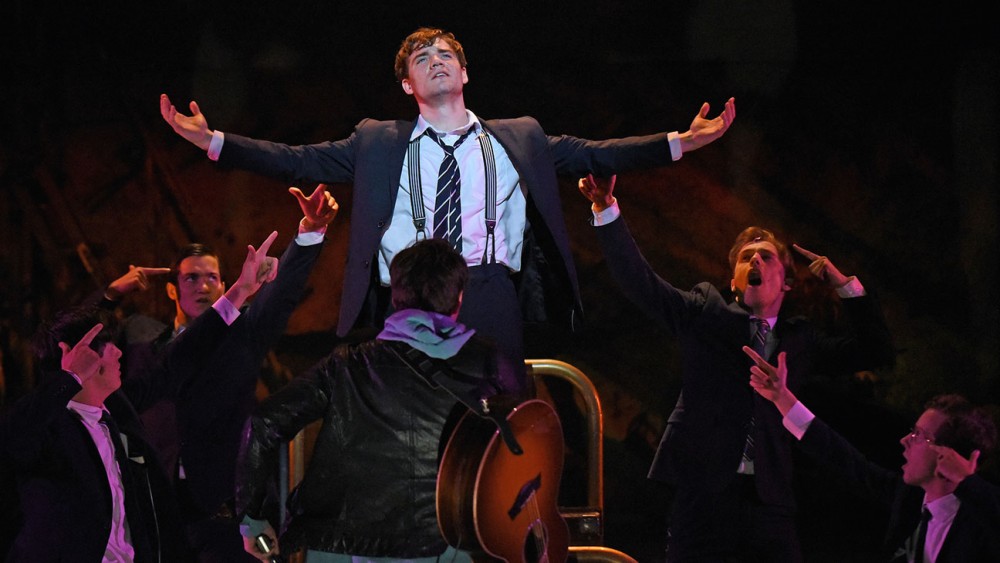 Deaf West’s Spring Awakening is Touching in So Many Ways

Deaf West’s Spring Awakening is Touching in So Many Ways 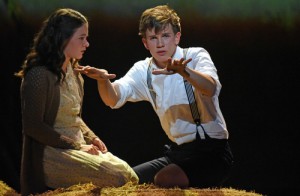 Deaf West’s revival of Steven Sater and Duncan Sheik’s musical Spring Awakening at the Brooks Atkinson Theatre, speaks not just in words but also in poetry of the hand. The result is an even darker more prolific understanding at how non-communication can lead to several senseless deaths. These are adolescents awakening to their bodies, who were not given instructions as to what was happening. 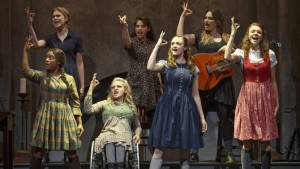 The cast of Spring Awakening

The cast is young and for the most part making their Broadway debut. I am going to predict a Theatre World Award for newcomer Austin P. McKenzie as Melchior. He is extraordinary, giving a freshness to this brash intelligent young man who wants answers and does not want to be lied to. He is willing to do the right thing, if only he were allowed. Vocally he is superb. When he realizes he is “Totally F*%ked,” he belts into the stratosphere with a quality that is both angelic and full of rage. Andy Mientus, the director’s fiancé also leaves an impression, reprising his role as the cunning Hänschen. He is the perfect manipulating school boy who looks say one thing and his personality another. Krysta Rodriguez as Ilse is heartbreaking as the girl doomed to lose, thanks to her abusive relationship at home. The scene where Ilse and Moritz connect again is touching and heartbreaking. Treshelle Edmond as Martha is also well played. Marlee Matlin, Camryn Manheim, Russell Harvard and Patrick Page cover multiple adult roles, with Manheim voicing Matlin’s lines and Page voicing Harvard’s line. Both are wonderful both singing and acting bringing strong nuances to each role. I hope to see Ms. Manheim continuing to take on roles.

Director Michael Arden has created a world where singing and signing are one. Here the cast is part deaf and part speaking. An example of this is Wendla (Sandra Mae Frank) and Moritz (Daniel Durant) are paired with musical counterparts Katie Boeck and Alex Boniello, but like the Chocolate Factory productions something is lacking and in this case it is the acting of these two characters. Both Ms. Boeck and Mr. Boniello are wonderful musicians and singers but there is something lacking in their speaking. It doesn’t ring true and ironically their vocal pitch is just way to high, so when acting they sound a little cartoonish. I would have preferred the projections on a screen or just seeing the deaf actors work as they were both strong.

I did miss Bill T. Jones choreography, but ASL is a beautiful way to see a song. The mood lighting by Ben Stanton along with set and costumes by Dane Laffrey’s allow us into this world, which is soulful and fulfilling.

We still have not really answered our adolescent’s questions and sexual and physical abuse still happens. This is the perfect show to start that dialogue. This is a production that has such a special tone to it that it becomes a don’t miss.