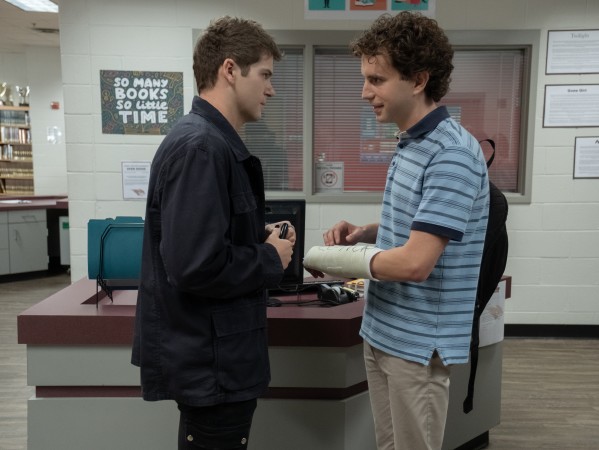 Tony, Grammy and Emmy Award winner Ben Platt reprises his role as an anxious, isolated high schooler aching for understanding and belonging amid the chaos and cruelty of the social-media age. In the video the 27 year-old Platt looks like he got a home perm and I can tell I am going to miss Will Roland as Jared. Also Connor Murphy has a buzz cut and looks more like someone who was popular.

Dear Evan Hansen will be released in theaters on September 24th the day Platt will turn 28. The Broadway production will reopen December 12th at the Music Box Theatre. Not sure how smart that is, but Hamilton already was on the Disney channel, let’s see if the audience will come to see it in person. Diana and Come From Away will also be coming in movie format as well.