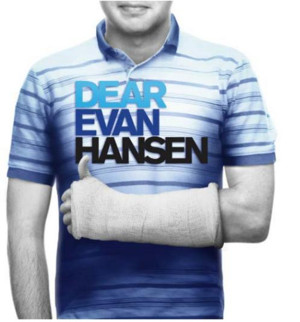 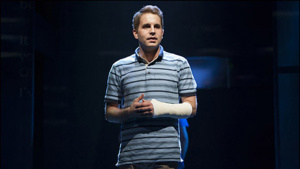 Users can enter the lottery at www.dearevanhansenlottery.com. Limit 2 tickets per customer, for $40 each. Participants may enter once a day for the desired performance, and up to twice on two-show days, for which entries will be accepted for both matinee and evening performances. The digital lottery will not be available for Saturday matinee or evening performances, and excludes all performances from December 23 – December 30. Standing room only tickets are now also available for purchase for $40 in person at the box office of the Music Box Theater, for sold out performances only.

The Original Broadway Cast Recording of the new musical Dear Evan Hansen, released on Atlantic Records, is now available for pre-order at all DSPs here: https://atlanti.cr/DearEvanHansen. The full album, which will be recorded this month, will be released on February 3, 2017 digitally and physical CDs will be available on February 24, 2017.