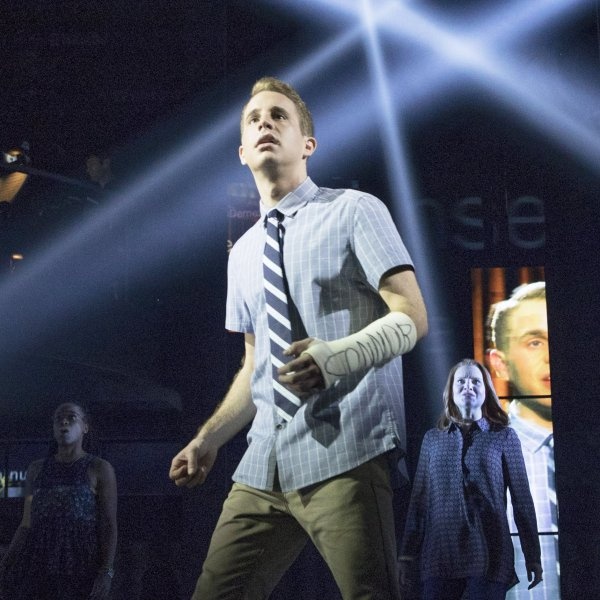 TIME magazine unveiled its annual “TIME 100 Most Influential People in the World” list on today. President Donald Trump made the list for a second time, as FBI Director James Comey, White House adviser Stephen Bannon, his daughter, Ivanka Trump and her husband, Jared Kushner. However so did Dear Evan Hansen‘s Ben Platt and actress Viola Davis

The list, now in its fourteenth year, recognizes the world’s most influential individuals. As TIME Editor-in-Chief Nancy Gibbs has said of the list in the past: “Each year our TIME 100 list lets us step back and measure the forces that move us…. One way or another they each embody a breakthrough: they broke the rules, broke the record, broke the silence, broke the boundaries to reveal what we’re capable of.”

“Ben Platt” by Zac Efron for Time – “From the minute he stepped onto the Dear Evan Hansen stage, I knew there was something different about Ben Platt. His speech pattern had such a unique rhythm, and his singing—it’s rare to hear a voice with such range, tone and pitch that can also convey complicated emotions musically. I wanted to give him a standing ovation after his first song.”

Rodrigo Duterte, President of the Philippines

Theresa May, Prime Minister of the United Kingdom

Suzanna BowlingNovember 21, 2022
Read More
Scroll for more
Tap
Kendall Jenner and Kris Jenner Show Brave Face at Harper’s BAZAAR 150th Anniversary Party
My View: If These Walls Could Talk – Then They Do (And Sing) At The Friars Club