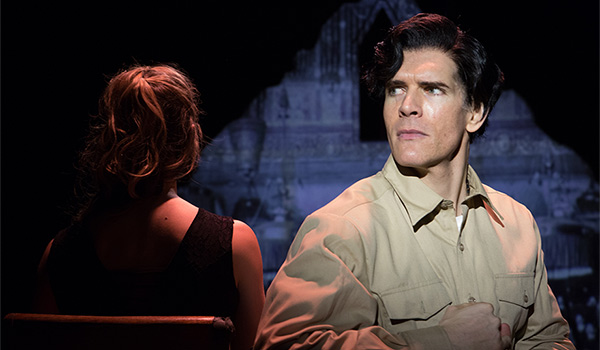 Death Comes for the War Poets: A Poetic Tapestry

Death Comes for the War Poets: A Poetic Tapestry

Death Comes for the War Poets is a beautiful demonstration of poetry in motion. Weaving together work from several well known poets, Joseph Pearce creates a unique telling of two World War I poets and soldiers, Siegfried Sassoon and Wilfred Owen, and their relationship to death.

Using the poetry of Siegfried Sassoon, Wilfred Owen, Gerard Manley Hopkins, T.S. Eliot, and G.K. Chesterton, playwright Joseph Pearce tells the story of Sassoon’s journey from the trenches of World War I to his conversion to Catholicism later in life. The play begins with Death (Sarah Naughton) as she sends soldiers off to war. Siegfried Sassoon (Nicholas Carriere) uses his writing to express his discontent with the war and uses his poetry to reveal the horrors of trench warfare. Wilfred Owen (Michael Raver) does the same, and when the two meet, they dialogue (in verse of course) about their war experiences.

The actors transform every poetic verse into details of the characters’ lives, and they give voice to the visceral poetry of war. A moment in which Michael Raver, who plays Owen, details his experience of men in the trenches is particularly powerful. Through Nicholas Carriere we watch Sassoon grow old in both his manner and his words, and his interpretation and delivery of the verse is captivating. As he finds peace in the shelter of the Catholic church, we see his relationship with Death change. As Death, Sarah Naughton is mysterious, playful and omniscient. She is seductive in the sense that she knows no man can avoid Death’s kiss, and also forgiving of the fact that most men do not want it. Perhaps the strangest thing that she does is dance, this and her mesmerizing singing voice add a surreal and haunting feel to Death’s presence.

The production elements are bare and effective. Connor C. Munion’s set design is a symbolic, empty space that serves the delivery of poetry. On a platform shaped like a cross, director Peter Dobbins creates some intriguing stage pictures though I do wish the final moments were played in the center of the platform, so as not to cut half the audience off from beautiful ending.  Projections (designed by Joey Moro) on pieces of a broken church wall depict images of soldiers, war propaganda, and weather. The lighting (by Michael Abrams) and sound (by Kenneth Goodwin) were impressive and technically speaking the cues were sharp.

As a revelation of such visceral poetry, and as a commemoration of artists and soldiers, Death Comes for the War Poets is a moving theatrical piece of poetry in and of itself.

Gemma’s Gem of the Week: Silence is Not Golden 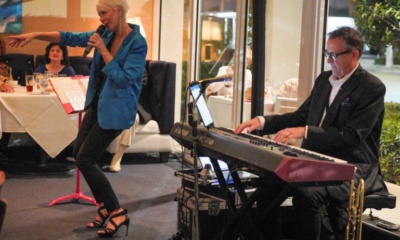 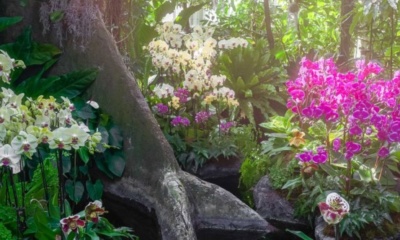 Let There Be Orchids 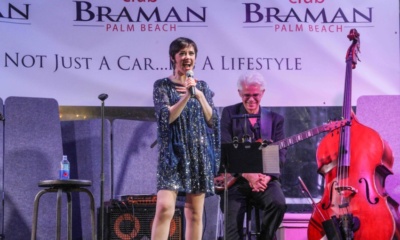