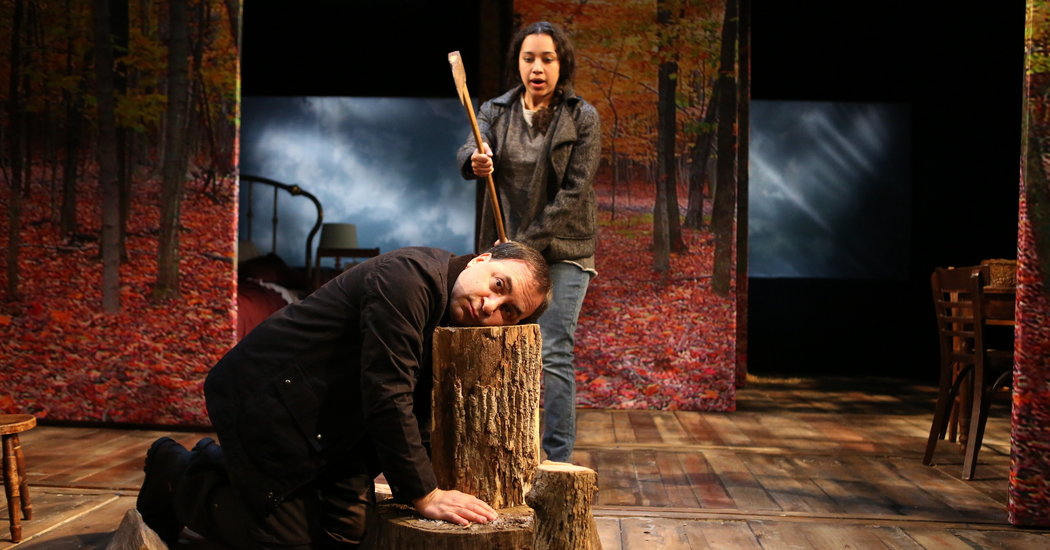 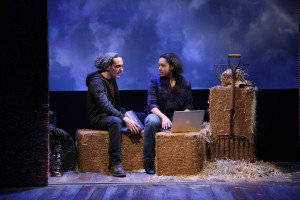 Robert Lyons Death of the Liberal Class, at the New Ohio Theatre has believable dialogue, but a plot that is so unrealistic and goes nowhere. We do not like or care about the characters, so it becomes 80 minutes of why? With several themes the biggest being a midlife crisis, we just don’t care because not one of the characters has a want stronger than ME.

The play takes place in a farm in Canada where Nick (Steven Rattazzi), has completely changed his lifestyle and has moved from New York to the middle of nowhere. Joinging him is his bilgerent teenage daughter, Andrea (Jeanette Diloné), who wants her old father back. This was the man she admired and loves. “You used to be so angry about everything.” Though still married, Nick is fooling around with the next door married neighbor (Olivia Horton). When Andrea finds out she is disgusted. Enter a hacker  (Justin Colón) Andrea has met online. You see Nick has written a book, that was more or less laughed at, but not by a group of hackers in which Andrea is a part of. Just when things get too convoluted Andrea’s mom Daphne (Melissa Murray),enters who wants her husband and daughter back in New York. When that fails, Nick and Daphne sleep together and then iron out their divorce.

Part of the problem here is Nick is a pudgy, balding not so attractive or interesting man whose theme song is “When I’m not with the girl that I love, I love the girl I’m near.” He cares more about himself than others. Andrea is too snotty to see that she actually has a point to her methods. Daphne to obsessed with what should be and the other characters cookie cutters of people.

Mr. Rattazzi, is not so interesting to watch, more of like a Homer Simpson in a not so funny script.

Jerry Heymann’s direction, of panels moving to show what’s hidden in the woods gets tedious.

I normally love the New Ohio’s work, but this one is a pass.