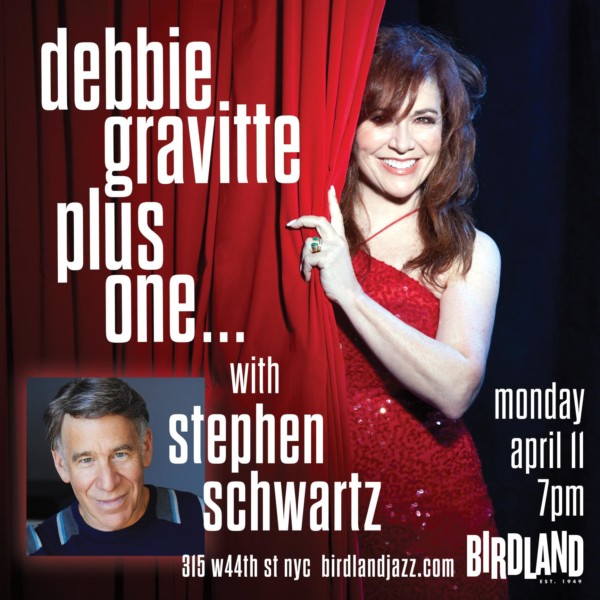 Tony Award winner Debbie Gravitte has been in theater long enough to have made some very special friends. Join her as she welcomes Stephen Schwartz (April 11), Marc Shaiman (May 9), and Harvey Fierstein (September 12) for three separate evenings full of songs, stories, and surprises.

Gravitte, one of Broadway’s biggest personalities, has found herself in demand from the Broadway stage to the concert stage and beyond. After making her Broadway debut in the original cast of They’re Playing Our Song, she went on to appear in Perfectly Frank, Blues in the Night, Ain’t Broadway Grand, Chicago, Jerome Robbins’ Broadway, and Les Misérables. She has appeared in three shows for Encores!: Carnival, The Boys From Syracuse, and Tenderloin.Debbie has performed her nightclub act worldwide, from New York’s Rainbow & Stars and 54 Below, to London’s Pizza on the Park to Atlantic City with Jay Leno, Harry Anderson and the legendary George Burns.

I definitely am looking forward to this event.