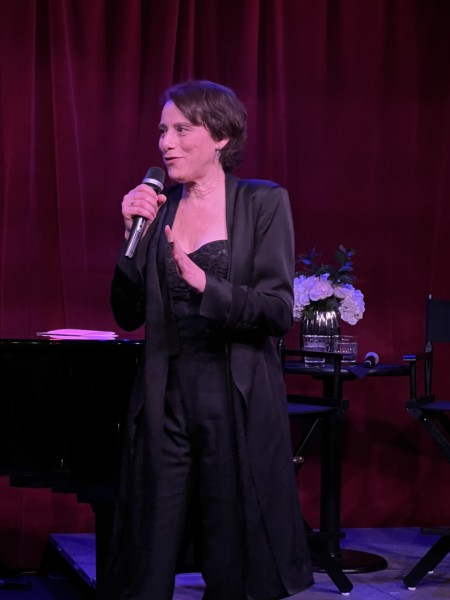 As we wrote yesterday on Monday night Debbie Gravitte began a special residency called “Debbie Plus One” welcoming Stephen Schwartz, which was magical. She sat and talked with Stephen, sang some of his songs, duetted and had special guest that was out of this world. This is part 2 of being in the room where it happened and happen it did.

Debbie gave a rousing rendition of “It’s An Art” from Working. Notice the lyrics are changed.

Besides having Stephen Schwartz she surprised him with her son Sam Gravitte who is playing Fiero in Wicked and Lindsay Pearce who plays Elphaba singing “Love Song” from Pippin. Click here to see the video

Then the piece de residence Judy Kuhn recreating “Colors of the Wind” from Pocahontas.

Tomorrow look for the final part 3

RossJune 10, 2022
Read More
Scroll for more
Tap
Harmony: A New Musical Where The Past Is No Longer Forgotten
A Sweet and Subtle Afternoon with Basil Hayden