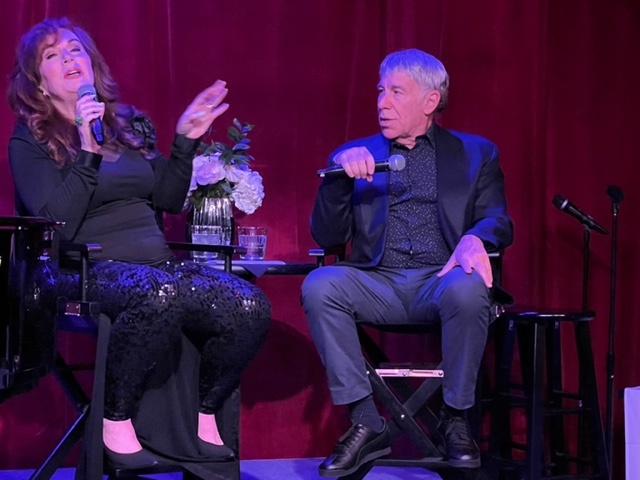 Debbie Gravitte made her Broadway debut in the chorus of They’re Playing Our Song in 1979. She then went on to star on Broadway in Blues in the Night (1982); Zorba (1983) and in 1989 she appeared in Jerome Robbins’ Broadway, for which she won the Tony Award for Best Featured Actress in a Musical. In 1981 she was nominated for the Drama Desk Award, for Outstanding Featured Actress in a Musical, for the Frank Loesser revue Perfectly Frank. She was Fantine’s replacement in Les Misérables in 1994 and in Chicago she was the Matron “Mama” Morton replacement in 2003.

She has appeared in several Encores! staged concerts at New York City Center, including Carnival (2002), The Boys from Syracuse (1997) and Tenderloin (2000).

Her solo album Part of Your World celebrates the songs of Alan Menken, and she is featured on the recording Unsung Sondheim.

Stephen Schwartz, was the musical wiz kid and his career spans over five decades, Schwartz has written such hit musicals as Godspell (1971) which was followed by the English-language texts, in collaboration with Leonard Bernstein, for Bernstein’s Mass. Next came Pippin (1972), followed by The Magic Show,  The Baker’s Wife, Studs Terkel’s Working, which he adapted and directed, winning the Drama Desk Award as best director, and for which he contributed four songs.  Captain Louie. He then wrote music for three of the songs of the Off-Broadway revue Personals, and lyrics to Charles Strouse’s music for the musical Rags. In 1991, Schwartz wrote the music and lyrics for the musical Children of Eden. He then began working in film, collaborating with composer Alan Menken on the scores for the Disney animated features Pocahontas (1995), for which he received two Academy Awards, and The Hunchback of Notre Dame (1996). He provided songs for DreamWorks’ first animated feature, The Prince of Egypt (1998), winning another Academy Award for the song “When You Believe”. Then came Wicked (2003).

On Monday night Debbie Gravitte began a special residency called “Debbie Plus One” welcoming Stephen Schwartz, which was magical. She sat and talked with Stephen, sang some of his songs, duetted and had special guest that was out of this world. This is part 1 of being in the room where it happened and happen it did.

Debbie Plus One: Birdland, 315 West 44th Street in New York.

Stephen SorokoffJuly 25, 2022
Read More
Scroll for more
Tap
The Glorious Corner
Harmony: A New Musical Where The Past Is No Longer Forgotten