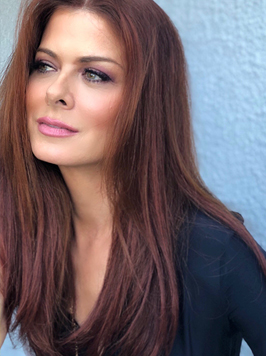 Hey all my Provincetown readers, here’s news for you: for his ninth consecutive season as Producing Artistic Director at Provincetown’s Art House, Mark Cortale is announcing a special music and comedy lineup for what will be a milestone for the famed venue. At the top of the marquee once again will be his internationally acclaimed Broadway @ series, which the dynamic duo of Cortale and his creative partner, Sirius XM radio star Seth Rudetsky, first launched in P-Town in 2011 and now makes its home in more than a dozen major venues worldwide.

Kicking off the season on Memorial Day Weekend at The Art House, as has become tradition, will be Indie Rock star Melissa Ferrick returning for her ninth consecutive season opener on Saturday, May 26 at 9:00 PM for one show only.

The Broadway @ The Art House season will launch that same weekend with Beth Malone, Broadway star of Angels in America and Tony nominee for 2016’s smash hit musical Fun Home, joined by Seth Rudetsky as music director and series host, on May 25 and 26 at 7:00 PM. Bookending that holiday week, The Provincetown Cabaret Festival will take up residence at The Art House on June 1 at 7:30 and 9:30 PM.

She will be followed by mega-watt duo Debra Messing, the Emmy Award winning star of Will & Grace, and Kathy Najimy, star of Hocus Pocus and the Sister Act films, who will perform together on August 4, with Brian Nash at the piano.

Gavin Creel, Tony Award winner for the 2017 revival of Hello Dolly and Tony nominee for Thoroughly Modern Millie and the revival of Hair, and Olivier Award winner for The Book of Mormon on London’s West End, performs July 5 & 6 with Seth Rudetsky as music director and host.

Jessie Mueller, Tony Award winner for Beautiful – The Carole King Musical and most recently a Tony-nominee in Sarah Barielles’ Waitress, will make her Art House debut July 12 & 13 with Seth Rudetsky as music director and host

Liz Callaway, Tony nominee for Baby and star of Cats and Miss Saigon on Broadway as well as the singing voice of Princess Jasmine in Disney’s animated Aladdin series of films, returns to P-Town on August 16 & 17 with Alex Rybeck at the piano

Faith Prince, Tony Award winner for Guys and Dolls stars on August 25 & 26 with Alex Rybeck at the piano

Marilyn Maye, Grammy nominee and living legend who has been called “The greatest white female singer in the world” by none other than Ella Fitzgerald”  returns for her ninth consecutive summer August 28 – September 1 with Billy Stritch at the piano

and Christine Pedi, star of Broadway’s Chicago, Talk Radio and Little Me and daily host of Sirius XM Radio’s On Broadway channel, takes the stage on September 7 with Seth Rudetsky as music director and host.

If that lineup were not already impressive enough, The Art House is nothing if not true to its roots and the cultural heritage of its locale. The venue under Cortale’s leadership has also gained an international reputation for hosting cutting edge comedy and music talent. This summer’s main stage will once again feature a star-studded roster: Emmy-winning comedian Judy Gold blazes into town for a summer-long stand from June 27 through August 30; Varla Jean Merman, the First Lady of Ptown, returns for her 21st Season with her new solo show A Star Is Bored, June 21 – Sept 6 with Gerald Goode at the piano; Branden & James, the cello and vocal duo and 2013 finalists on “America’s Got Talent” who made their P-Town debut last summer, return for two nights only on June 22 & 23; Miss Conception, the first ever drag contestant on TV’s Wipeout Canada also featured on Queer as Folk and Degrassi, The Next Generation, brings her new solo show TV Land from June 29 to September 8; The Kinsey Sicks, known as “America’s Favorite Dragapella Beautyshop Quartet” return to Provincetown with an all new show entitled Naked Drag Queens Singing from June 30 through Sept 8; Steve Grand, the singer who burst onto the scene with his video An All American Boy and his #3 Billboard Independent Album, returns to The Art House for an extended stay with his new solo show running from July 2 to September 5; Varla Jean, Jinkx Monsoon and Liza Lott will star in the parody The First Wives Fight Club written by Varla Jean Merman & Peaches Christ running from July 3 to September 5; Tori Scott, hailed as one of Time Out New York’s Top 10 Cabaret Artists, returns with her new show Tori Scott is Pickled, with music direction by Jesse Kitchell, July 3 and 29; RuPaul’s Drag Race Season Five winner Jinkx Monsoon returns to The Art House with her new show Together Again, Again! with cohort Major Scales from July 6th through September 1; Deven Green the award-winning Canadian comedy chanteuse known for her video parody character “Mrs. Betty Bowers, America’s Best Christian,” returns for three nights only with a new show entitled The Human Jukebox from August 3 – 6 with Mr. Ned at the piano; Unitard, the comedy trio that Time Out NY called “incredibly vicious and relentlessly hilarious” returns to P-Town August 9 & 10 with their new show Badassy, starring Mike Albo, Nora Burns and David Ilku; Well-Strung the singing string quartet (which includes two recent contestants on TV’s “The Amazing Race”) who began their international career in P-Town, returns for one week only from August 11 – 16 with an all new show; and the Afterglow Festival – the live performance arts festival – takes up residence at The Art House from September 10 – 14.

Seth Rudetsky is the afternoon host on Sirius XM Satellite Radio’s On Broadway as well as the host of Seth Speaks on Sirius XM Stars. As an author, he penned My Awesome/Awful Popularity Plan and the sequel The Rise And Fall Of A Theater Geek (Random House) as well as three volumes of Seth’s Broadway Diary featuring inside scoop and hilarious stories from all of the stars he’s worked with. He co-wrote and co-starred in Disaster! (NY TIMES “critics pick”) which also premiered to rave reviews in London. In June 2016, he and his husband, James Wesley,  co-produced a recording of “What The World Needs Now” with stars like Idina Menzel, Lin-Manuel Miranda, Carole King, Audra McDonald which went to number one on iTunes and raised more than $100,000 for the Orlando shooting victims (and is still raising money. Buy it!). Seth and James have a foundation called Your Kids Our Kids that presented Concert For America; a series around the country featuring stars like Barry Manilow, Stephanie Mills, Vanessa Williams, Tina Fey, Randy Rainbow and Audra McDonald that raised money for 5 non-profits that have been working relentlessly since the 2016 presidential election. They also present Voices for The Voiceless, a yearly star-studded concert for You Gotta Believe which helps older foster children find families, even if they’ve aged out of the system. If you want to hang out with Seth and James and a bunch of Broadway stars performing up a storm, come on one of their cruises! In March 2019 they sailed to the Caribbean and in July they’re sailing to Alaska! More info at SethsBroadwayVacations.com.

Mark Cortale (Producer) co-produced the critically acclaimed new Off-Broadway musical Midnight At The Never Get by Mark Sonnenblick at The York Theatre this past October which recently received 3 Lucille Lortel Award nominations including Best Musical.  He produced Deconstructing Patti on Broadway last September at the Nederlander Theatre with Broadway Cares/Equity Fights AIDS starring Patti LuPone and Seth Rudetsky. He created the Broadway @ concert series in 2011 at The Art House in Provincetown where he serves as Producing Artistic Director. The series, featuring creative partner Seth Rudetsky as music director and host, had its eighth season this past summer and guest artists over the years have included Patti LuPone, Audra McDonald, Sutton Foster, Megan Mulllally, Christine Ebersole and Jessie Mueller. The Broadway @ series also premiered in 2013 in New Orleans, in Australia (Sydney & Melbourne) with Megan Mullally and in London’s West End with Patti LuPone at the Leicester Square Theater. The series has since travelled to cities that include Chicago @ The Steppenwolf, Beverly Hills @ The Wallis, Fort Lauderdale @ The Parker Playhouse, San Francisco @ The Herbst Theater and Scottsdale @ Scottsdale Center for the Arts. In the 2018/19 the series launched in Boston @ the Huntington Theatre with Chita Rivera and at The Town Hall in New York City with six-time Tony Award winner Audra McDonald. Mark produced the feature film Varla Jean and the Mushroomheads and also produces the singing string quartet Well-Strung, which he co-founded. Info at www.markcortalepresents.com.

For Tickets and information, visitwww.ptownarthouse.com or call 800-838-3006. For fans that wish to see each of The Art House and Town Hall stars this summer, the venue provides the opportunity to reserve those seats with its 2019 All Show Season Pass. It guarantees Season Pass holders best seats available, ‘front-of-the-line’ access, and an overall savings of $500 off the price of VIP seating. More info can be found at https://www.brownpapertickets.com/event/4223694.

Suzanna BowlingSeptember 26, 2022
Read More
Scroll for more
Tap
My View: That’s What Friends Are For….Jamie deRoy & friends at Birdland
BroadwayHD Has Done It Again With the Spectacular 42nd Street