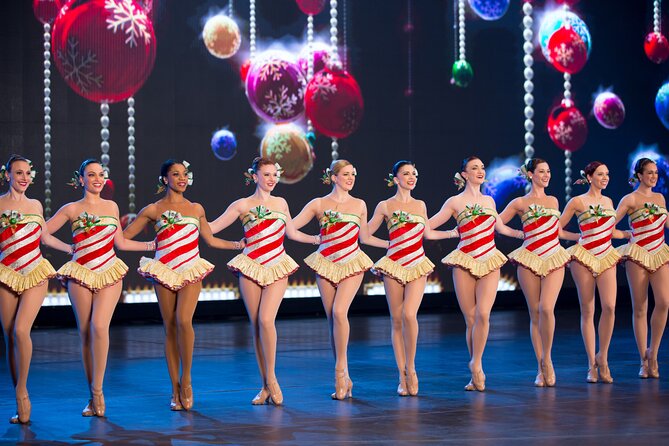 The holidays are my favorite time in New York. The window displays at Macy’s, Saks, Lord&Taylor’s, Bloomingdale’s, Barney’s and Tiffany’s. The Ride, Gray Line’s Night Loop tour turn the holiday lights into an illumination. The Christmas tree at the Rockefeller Center, Bryant Park, and Central Park also offer skating. The Radio City Christmas Spectacular, has the world famous Rockets

Events that started in November:

During the holiday season, Grand Bazaar hosts a seasonal version of its iconic flea market. The curated market takes place on Sundays on Manhattan’s Upper West Side yearlong but pulls out all the stops during the holiday season. Anyone interested in furniture, vintage clothing, jewelry, and crafts will feel like they are in a Yuletide paradise here.

Hanukkah, the Jewish festival of lights, is early starting Mon, 11/29 –12/6. In Manhattan and Brooklyn, there is a small competition for the world’s largest Hanukkah Menorah. The Jewish “Festival of Lights” begins and this starts with the lighting of the largest Menorah in the world. The gold, 400-pound, 32-foot steel structure can be admired both in front of the Plaza Hotel in Manhattan and at the Grand Army Plaza in Brooklyn. Music is played and food is offered. In Manhattan, the event begins at 5:30 pm, on Fridays at 3:30 pm and Saturdays at 8:00 pm. In Brooklyn, the lights will be on at 6:00 pm, on Friday at 3:30 pm and on Saturday at 7:00 pm.

Did you know on 12/1 In 1955, was when a White bus driver asked Rosa Parks to move to the back of the bus so White passengers could take her seat, Parks kept her cool and became the “Mother of the Freedom Movement” with these polite words, “I don’t think I should have to stand up.” It’s a lesson for all of us.

The Ethereal Dance: A Winter’s Dream Agora Gallery, 530 West 25th Street is proud to announce The Ethereal Dance: A Winter’s Dream, a group exhibition showcasing the creative breadth of eleven artists across a plethora of styles and media. Fire and ice coexist in this exhibition as indissoluble opposites. Like star-crossed lovers, they run towards each other with blind passion one moment and are torn apart forcefully the other. We see bodies crystallized in a frosty cocoon, bleeding from cracks on their frigid skin; flowers receding in a blurry background; or foggy landscapes inhabited by no one. When nature is present in a more disinhibited manner, it is in the confines of a greenhouse, a home, or vibrant folkloristic scenes in lands that exist only in the artist’s imagination. There is a common desire to preserve life from the interference of the outside world. Yet a lesson must be learned: without darkness there is no light and without light shadows cannot be. Until December 22, 2021

12/2. 9 and 16: Broadway Under The Stars at the Time Warner Center. The performances start at 5 pm sharp and include interviews with the Broadway stars. They will perform 2-3 songs per show, depending on how many shows are featured that day. Diana The Musical on the 6th. Mrs. Doubtfire and Moulin Rouge on the 16th.

12/5 and 13: Broadway Performances at Hudson Yards a free event where you can see the cast of many famous Broadway shows perform live. There are several dates throughout November and December, starting at 5 p.m. December 6: Come From Away, Dear Evan Hansen, Trevor and Tina The Musical and December 13: Moulin Rouge, Mrs. Doubtfire and Girl From the North Country

Inspiring Walt Disney: The Animation of French Decorative Arts is at The Met Fifth Avenue through March 6, 2022.

12/11: Beware of Santa Con as the youth of New York dresses up as Santa Claus and other Christmas Characters to hop from bar to bar in Manhattan. Santa Con is free to attend, however, to get into all the big venues you must make a charitable contribution of $13.

12/14 – 18 : The NY Philharmonic Handel’s Messiah is at Riverside Church in Morningside Heights. nyphil.org

12/17: New York Pops: Back Home For The Holidays. Tony Award winner Laura Benanti (Gypsy, The Sound of Music, Into the Woods) joins The New York Pops as they head home for the holidays…to Carnegie Hall! This cherished annual holiday celebration returns with traditional carols and contemporary classics.

12/21: Every December the “Numeral Arrival”, in Times Square for a few days before it is lifted up to the famous ball that drops on New Year’s Eve.