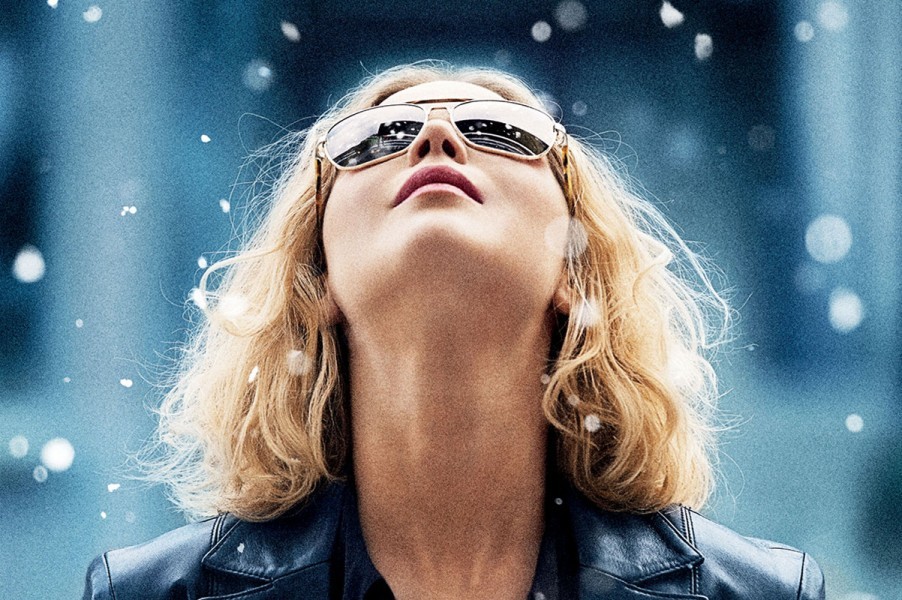 This December, Disney looks to bring back to the screen the most beloved franchise of all time. Breaking the Internet during presales and making grown men weep during 2 minute trailers, Star Wars: The Force Awakens could easily become the highest grossing film of all time. While most have had the 18th circled on their calendar since the first Star Wars trailer, it’s easy to forget that there are other movies coming out this December. With several possible hidden gems sprinkled throughout the month, let’s take a look at the films coming out that will be trying to capture some of the mind share that Star Wars already has a tight force grip around.

Krampus: He made his list and checked it twice, now he’s coming after those who are naughty! While Santa is scheduled to visit the nice children on the 25th, Krampus, a demonic figure will be punishing those who have made the naughty list. During a holiday gathering, a dysfunctional family finds their son has lost the Christmas spirit, bringing a foul beast to add a little bloody Christmas magic. The family must join together in an attempt to ward off this ancient evil. It looks like director Michael Dougherty is trying to bring legitimacy to the mythical holiday demon. Starring Adam Scott, Toni Collette, and David Koechner, coal should be the least of your concerns this holiday season.

Macbeth: Continuing December’s theme of adapting plays, William Shakespeare’s famous tragedy comes to the screen again. Winter is coming and Michael Fassbender’s Macbeth is on the prowl to overthrow his king and take the iron throne for his own in this classic tale of love, jealousy, and betrayal. Since being released overseas, director Justin Kurzel’s Macbeth is being praised for being faithful to its source material as well as Fassbender and Marion Cotillard making an early push to add their names into the Oscar nomination hat. It has been a few years since a true adaption of a Shakespeare play has donned the big screen; Macbeth is making a case that the wait was worth it.

In the Heart of the Sea: Looking to be a whale of a good time this holiday season, acclaimed director Ron Howard brings the real-life maritime disaster that would inspire Herman Melville’s Moby-Dick. While most know the story of how the giant sperm whale was captured, In the Heart of the Sea is based on the 1820 event, as a New England ship is preyed upon by the large mammal, stranding Chris Hemsworth and his crew at sea for 90 days, thousands of miles from home. Braving ferocious storms, starvation, being pushed to their limits and forced to do the unthinkable to stay alive, all while pursuing the world’s deadliest catch. Thor’s Chris Hemsworth has met his greatest match.

Legend: What is better than having Tom Hardy star in a gangster film? How about twice the dose of Tom Hardy! Hardy portrays the infamous identical twin gangsters Reggie and Ronnie Kray as they rise to power in London during the 1960s. To show off his acting chops, Hardy plays opposite himself.  Hardy’s performance is being hailed as electrifying and one might even call it…legen…wait for it…dary.

The Big Short: In what looks to be this holiday’s breakout hit in the vein of 2013’s Wolf of Wall Street and American Hustle, The Big Short follows four financial advisors that predicted the credit and housing bubble collapse of the mid-2000s. Directed by Adam Mckay (Anchorman, Step Brothers) and based on the true story and best-selling book by Michael Lewis (The Blind Side, Moneyball) Featuring some of the most recognizable names in Hollywood, look for Brad Pitt, Ryan Gosling, Christian Bale, Marisa Tomei, and Steve Carell, The Big Short is shaping up to one of the biggest movies in December if the market doesn’t bottom out in the meantime. 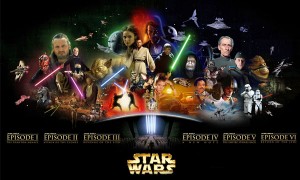 Star Wars: The Force Awakens: At this point, uld be the biggest movie of the decade? I hope you bought your ticket already because if not, you might be seeing Star Wars after the New Year.Breaking the Internet with its record setting pre-sales, already totaling in over $50 million, Star Wars fever has swept over the world. Director J.J. Abrams and Disney have done a fantastic job hiding as many plot pointsfrom the audience during its promotional material, even with what little that is known, we are still frothing at the mouth waiting once more to be swept to a galaxy far, far away. Where is Luke Skywalker, did Han Solo and Princess Leia end up together, and who is Kylo Ren are just a few of the many questions that fans can’t wait to have answered as they congregate. Now we wait to find out if the hype was worth it. But wait…what if the films sucks?!

Sisters: What do you get when you have Amy Poehler and Tina Fey starring in a comedy about two sisters that decide to throw one last house party after learning that their parents are selling their childhood home? Director Jason Moore’s Sisters releases the same day as Star Wars: The Force Awakens. While 99% of films would be dead in the water releasing against the biggest film franchise in history, thanks to the comedic powerhouses of Poehler and Fey, Sisters might stand a punchers chance of being remembered this holiday season. With a lack of comedies releasing in December, hopefully Sisters is able to fill that void.

Alvin and the Chipmunks: The Road Chip: Rounding out the films that will barely make any noise at the box office thanks to Star Wars, Alvin, Simon, Theodore, and their human companion Dave (Jason Lee) are hitting the road. After a series of misunderstandings, the chipmunks believe that Dave is going to propose to his new girlfriend in Miami and set out on a road trip to prevent from losing their best bud. As the 4th film in the live-action/CGI chipmunk series, odds are this road trip that parallels the release of Star Wars is doomed to crash and burn.

The Hateful Eight: In his eighth film, director Quentin Tarantino has collected an ensemble like no other. Channing Tatum, Zoë Bell, Samuel L. Jackson, Jennifer Jason Leigh, Kurt Russell, Tim Roth, and Michael Madsen round out the nefarious cast. In Wyoming, post-Civil War, a bounty hunter, prisoner, hangman, sheriff, Mexican, cow puncher, confederate, and a little man all seek shelter during a blizzard but get wrapped up in a plot of betrayal and deception. Who will make it out alive?

Joy: Stars Jennifer Lawrence and her family across four generations. We begin before she reaches the pinnacle of becoming a business mogul before the rug is pulled out from beneath her feet. Touching on themes of betrayal, deal ing with the emotional scars of love and treachery, Joy is one woman trying to make a name for herself amongst a man-driven society. Bradley Cooper, Robert De Niro and Lawrence reunite once again with American Hustle and Silver Lining Playbook director David O. Russell.

Daddy’s Home: Teaming up for the first time together since The Other Guys, Will Ferrell and Mark Wahlberg are back in the story about a mild-mannered stepfather (Ferrell) to his wife’s children that is forced to compete for their affection against their free spirited dad as hilarity ensues. With a surprising PG rating, Daddy’s Home will have to depend on sharp comedic writing and perfect timing if it wants to grab the attention of the teen/adult crowd.

Concussion: If there is one film that the NFL does not want you to see this year, it is Will Smith’s Concussion. A true David vs. Goliath, as we follow Dr. Bennet Omalu (Smith) the forensic neuropathologist who first discovered the truth about CTE, a brain trauma caused by repeated concussions in football players. With all of the politics surrounding the film, it will be interesting to see if Smith gets an Oscar nomination.

Point Break: I don’t even know how to explain this travesty of a remake. The original 1991 Point Break is in my top films of all time (don’t judge!) A young FBI agent infiltrates a group of extreme sports athletes that he suspects is masterminding a string heists. In the 90s Keanu Reeves’s character took up surfing to track down the bank robbers. This time an array of extreme sports will be featured in the film to grab the attention of the audience. With Patrick Swayze playing opposite to Reeves in the original, the two were able to build an emotional bond that translated on screen. This time around Point Break will be lucky if it makes a splash is holiday season. 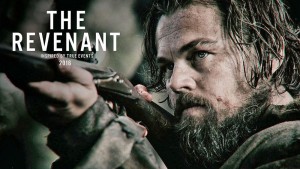 The Revenant: Attacked by a bear, legendary explorer Hugh Glass (Leonardo DiCaprio) is left for dead due to unspeakable betrayal by his hunting party and friend John Fitzgerald (Tom Hardy). DiCaprio could possible nomination for his almost silent yet physically demanding performance. Speaking of Oscar nominations, this is the highly anticipated follow-up to director Alejandro G. Inarritu’s Birdman and also featuring Emmanuel Lubezki, who is coming off of back-to-back best cinematography wins for Gravity and Birdman. The Revenant is looking to make the final days of 2015 very memorable.