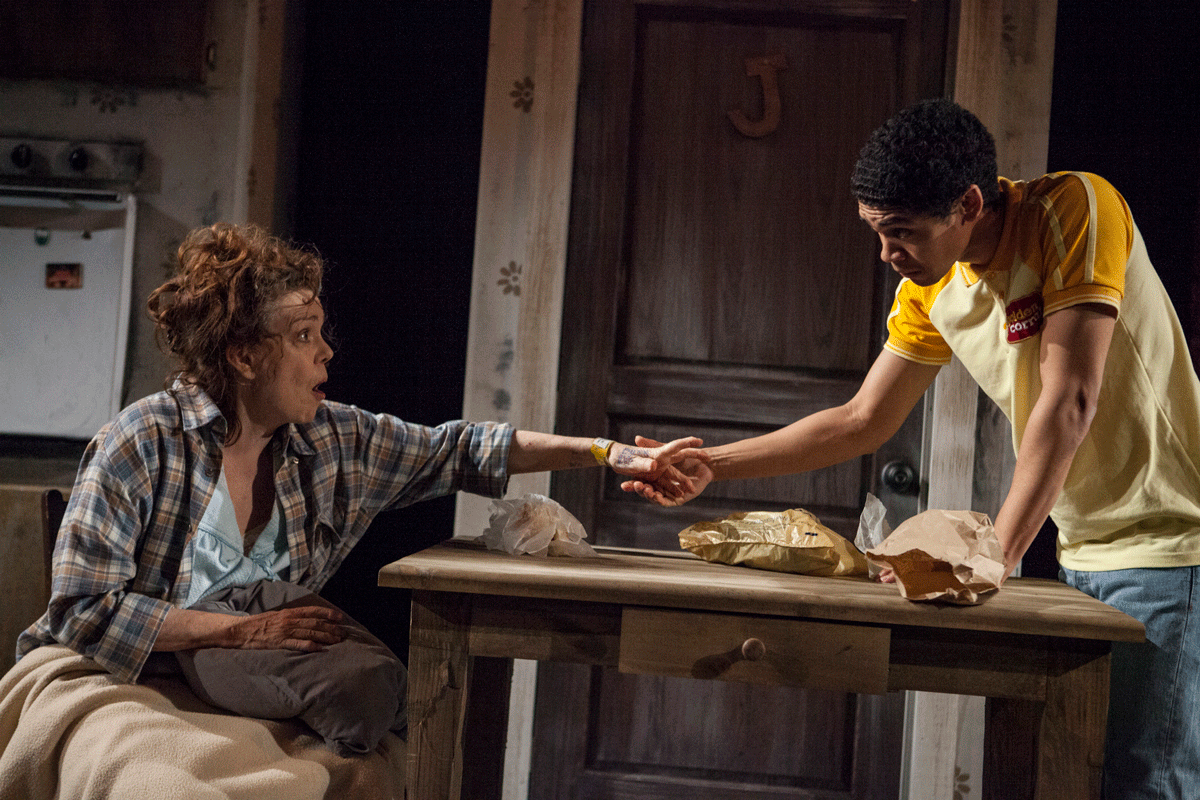 Deirdre O’Connell Fights The Ghosts From Her Past in Terminus

Deirdre O’Connell Fights The Ghosts From Her Past in Terminus 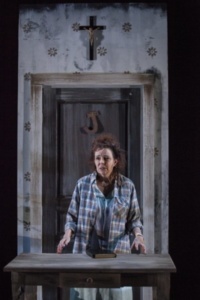 Though dark and haunting, Gabriel Jason Dean’s Terminus is brought to life by Deirdre O’Connell (Fulfillment Center at MTC, “Nurse Jackie”). Haunted by the ghosts of her past, Eller’s (O’Connell) dementia leaves her in a repeating hell, until she finally faces the truth of her prejudice, jealously and overwhelming guilt. 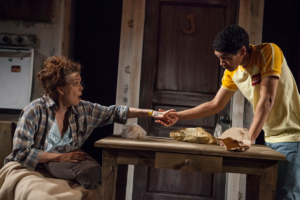 It is 1994, and Eller, is caught between worlds. She is being taken care of by her 17 year-old biracial grandson Jaybo (Reynaldo Piniella, The Death of the Last Black Man  Signature Theatre, The Skin of Our Teeth  Theatre for A New Audience, Amazon’s “Sneaky Pete”), who brings her hamburgers from his work. They survive in a run down shack by the railroad tracks in rural Attapulugus, Georgia. Eller is ready to move on, but before she can do so she must figure out what the ghosts of her mother (Jessie Dean), little sister (Clementine Belber), daddy (Luke Leonard), her mother’s black lover (Shaun Patrick Tubbs) and some bones, that tell the horrific truth are trying to tell her. 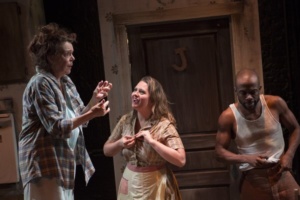 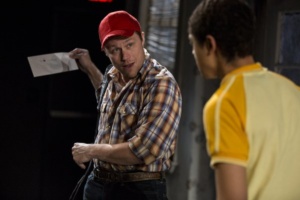 Underneath the twists and the turns of Terminus is racism, inbreed so deep, that it takes an act of unconditional love to perhaps break the cycle. I have to admit, that I did not see a lot of what comes and though I think this piece is relevant, I was left with more questions than answers. 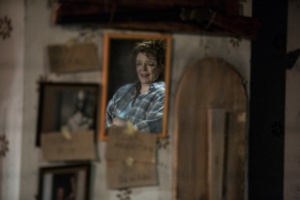 How did Eller get away with this in the first place? I really want to know why after everything that you find out that has happened can Eller marry a husband, who is black, whom she had to live apart from due to the Jim Crow miscegenation? Why have a daughter, who you treat so poorly, especially when you know the history? How did that daughter died? Why bring in the hobo? What does that have to really do with the play? In the end when you find out Bones is not as bad as you are lead to believe, what is his story? Why has there been an offer on the shack and how does Jaybo not know, considering he probably picks up the mail? 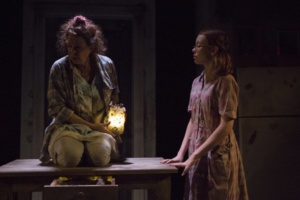 Terminus is the second of The Attapulugus Elegies, a seven-play cycle set in this rural area over a period of 20 years, chronicling “the disappearance of a mill town in the foothills of the Appalachians Mountains.” Dean has something here. He definitely knows how to keep you guessing and believe me, you will never figure this out until the truth is revealed. Dean says so much, but I think he needs to concentrate on one character and let each play tell their complete story. I was however touched and wanted to know so much more. I look forward to the next installment. 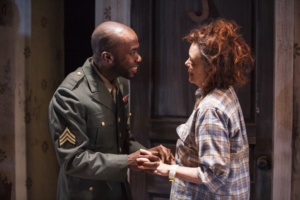 Having not seen the Monk Parrots before, I am definitely intrigued. Lucie Tiberghien’s staging did not always help the piece paint a clear picture. The set by D’Vaughn Agu, used the space to it’s fullest. This is not the easiest space to work with. Lighting designer Sarah Stolnack and costume designer Ari Fulton, help put us in to the environment as did Agu’s set. Everything felt like it was decaying and crumbling around us.

Reynaldo Piniella is a find and he shines as does O’Connell, whose in-depth performance of a women so tortured and conflicted leaves us shattered when we find out why. She brings to light the sad discord between races and makes us want to cry out in despair. Is there an resolution to this pain, the answer is clear, forgiveness both to ourselves and others, then maybe we can move past the past.

Suzanna BowlingNovember 18, 2022
Read More
Scroll for more
Tap
Family Dynamics The Making of a Really Great Sitcom
Chess: A Musical I’ve Been Waiting For Decades to See Their Next Move