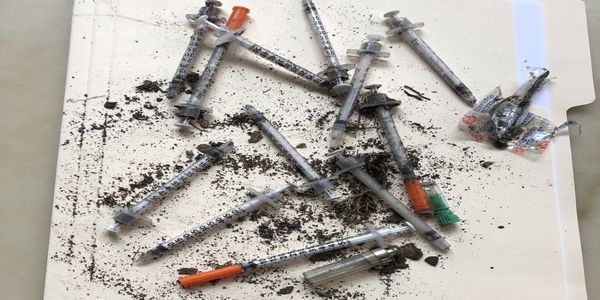 This petition was from my next-door neighbor letter.

To Whom It May Concern:

My name is Nick Accardi. I am the owner of Tavola, Tavolino (formerly Jax BBQ), Vito’s Slices and Ices, and Rocco’s Pizza.

I am also the initiator of the Hudson Yards Grass Roots Movement in response to the unruly and unlawful conditions of late in the neighborhood where I work and reside. The decision by the Mayor of the City of New York to house up to 2000 homeless unfortunates, drug/heroin addicts, and mental patients concentrated in a three-block area has made the lives of both business owners and local residents a nightmare.

Our neighborhood has recently had to endure everything from numerous break-ins, burglaries, public defecation, urination, indecent exposure and physical and verbal threats. As you can see from the attached photo file, many of these have been performed in full view of, and towards, customers at the same outdoor dining tables that the city allowed restaurants to install as compensation for the absence of indoor seating.

I have also drafted and circulated a Community Petition addressed to the Mayor and City Council that included the signatures of many local business owners and residents alike. A copy of the Petition is attached. I have participated in a couple of Zoom conferences with neighborhood business owners, community coordinators and activists, public advocates and representatives from the Mayor’s office and that of Councilman Corey Johnson.

In a recent Crain’s magazine, it was suggested that these same businesses lacked compassion and empathy for the homeless. This is far from the truth. Since as far back as 1990, members of the Tavola family have not only contributed time and money, but cooked and served meals regularly in soup kitchens and Holiday Welcome Tables for churches such as St. Xavier and Holy Apostle, so it is particularly disheartening to be vilified as “Unsympathetic” to the plight of the homeless.

The issue here is not the homeless, but the violent, aggressive, mentally ill and criminal element that was dropped into our midst without a word of warning from the city. In addition, the area already houses a needle exchange and methadone clinic, both of which should be removed so that the gentrification of this once rundown neighborhood can continue to thrive. The combination of these two elements has created a pervasive atmosphere that is unsafe and, at times, very dangerous.

We, as a neighborhood coalition, have been gaining strength on a daily basis due to the lack of response from the local police and elected officials. We come to you in good faith, but we will do whatever is necessary to protect our homes, our families, our employees and our livelihood and see that these contracts with local hotels are terminated at the earliest possible date.

WE STATE OR BELIEVE:
1. That the petitioners are residents and business owners in New York City.

2. That there has been a surge of illegal activity in the neighborhood since the city began housing the indigent and criminal element at hotels within close range of our homes and businesses.

3. That the activity, especially in the evening hours, has become increasingly aggressive, and often violent, with no regard for social distancing or COVID-19 protection. There have been incidents of public urination and defecation, often in full view of diners or customers. The neighborhood has begun to smell like a public toilet.

5. That the Governor’s Phase 2 reopening strategy to add outdoor seating has only backfired in that customers are being harassed as they dine, which results in complaints to the business owner and further loss of business.

6. That these neighborhoods have become stages for overt drug deals, drug use, and “shooting galleries” for heroin addicts.

7. That the local police are hindered and rendered ineffectual in their enforcement attempts due to the current restrictions posed by the pandemic. Often, the perpetrators are identified and apprehended, only to be freed the following day to repeat similar offences.

8. That since the beginning of the COVID-19 pandemic, many local business have struggled to stay alive. Several have failed. To have this activity undermine the efforts of the city to come back to life is like throwing gasoline on an already raging fire.

9. That until the homeless/criminal element is removed from the area, a stronger police presence could possibly prevent most of these offences from recurring and our community can actually begin to heal.

Suzanna BowlingNovember 12, 2021
Read More
Scroll for more
Tap
Cuomo and de Blasio: One Wants The 1% Back, The Other Is a PR Nightmare
My View: Still Standing…My Journey From Streets and Saloons To The Stage, And Sinatra