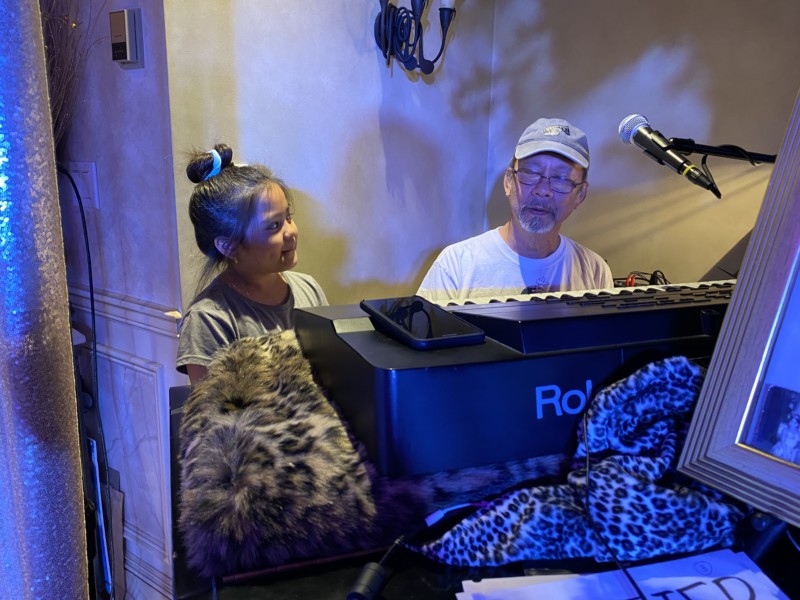 I had the privilege to sit in on a vocal rehearsal with nine year old Denise Kara of Special 3K and Bobby DeLeon, her vocal coach and musical director.

Besides working on numbers from the upcoming Special 3K show, Kea started working on “Open Arms” by Journey to stretch her repertoire.

Kara, has made a name for herself in the Filipino-American community as a major live performer. She recently appeared in The Actors Fund benefit concert celebrating the music of Neil Sedaka with  Kea and Kayla her collaborators of Special 3K. Kara auditioned for TOMMY on CBS and Nickelodeon, where she impressed the casting directors. Kara sings, dances, writes original songs, plays ukulele and piano!

The virtual Live Special 3K concert, Looking Toward Tomorrow is available via a $25 ticket purchased from https://metropolitanzoom.ticketleap.com.

Kara will make her professional debut as part of Special 3K on August 7that 7pm EDT on the virtual nightclub site, Metropolitan Zoom.