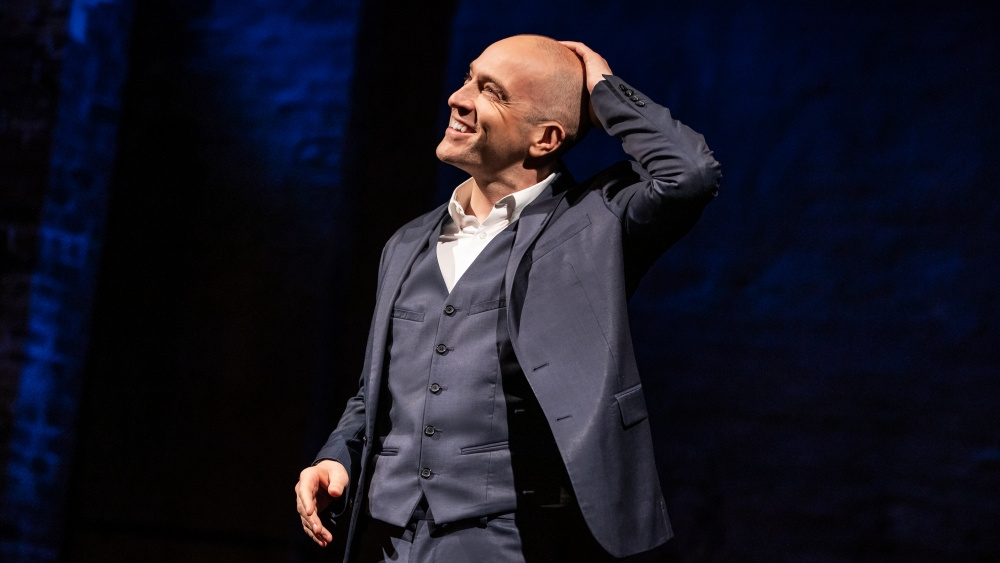 I originally saw Derren Brown: Secret at the Atlantic Theatre in May of 2017. I was entertained and spellbound. In seeing it at The Cort Theatre tonight, I was less entertained, as most of what I had witnessed in 2017 was still there in the same lines and illusions.

Derren Brown is an English mentalist and illusionist who came to light with Derren Brown: Mind Control in 2000. Since then, he has produced several shows for both for the stage, and TV. He has also written books for magicians. Brown does not claim to possess any supernatural powers and his acts are often designed to expose the methods of those who do, such as faith healers and mediums. In his performances he often expresses that his magic tricks are achieved through purely psychological means, but in saying that Mr. Brown truly knows how to manipulate and bend an entire audience.

In reviewing this show it is rather hard, as the audience is bound to a vow of silence. I choose to keep this vow, as it would truly ruin the show if I spoke out of turn.

Written by Andy Nyman and Andrew O’Connor, also its directors, and Mr. Brown the show is witty. Brown claims that the stories we tell ourselves limit our perceptions. I am not sure I believe that, but after seeing the entire show, I am willing to contemplate that theory.

Ben Stanton’s lighting adds some mystery to a rather non nonsense scenic design.

Mr. Brown is personably, chatty and intriguing. Audience members are recruited, so every thing is at random. My favorite section is when he uses one of them to draw a painting which seriously blew my mind, both times.

This show will definitely make you think about how easily we are all manipulated.