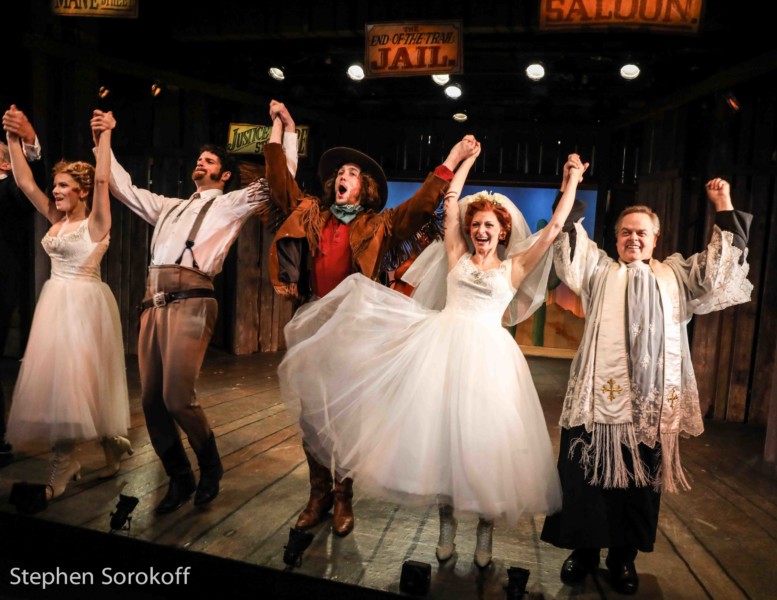 Suzanna Bowling
Desperate Measures and This Ones For The Girls are set to celebrate Fleet Week 2018 with special medleys this Sunday, May 27th at noon on the Intrepid. Admission is free.
Desperate Measures is a hilarious new musical that tells the tale of Johnny Blood, a handsome young man whose life is in danger over a saloon brawl. Set in the early 1890’s, Johnny must put his fate into the hands of a colorful cast of characters including a wily sheriff, an eccentric priest, a authoritarian governor, a saloon girl gone good, and a nun out of the habit- as they all struggle to decide Johnny’s fate. Laws are broken and hearts are won as they try to find justice in a world that often doesn’t seem just. Sound familiar?
Desperate Measures features Gary Marachek (Eleanor) as Father Morse, Lauren Molina (Rock of Ages) as Bella Rose, Sarah Parnicky (Show Boat at Houston Grand Opera) as Susanna/Sister Mary Jo, Conor Ryan (“Jesus Christ Superstar Live in Concert”) as Johnny Blood, Peter Saide (Skin Tight) as Sheriff Green, Nick Wyman (Les Misérables) as Governor von Richterhenkenpflichtgetruber along with Anthony Festa(Bare at New World Stages), Celia Hottenstein (The Phantom of the Opera 25thAnniversary National Tour) and Tom Souhrada (Kinky Boots).
David Friedman (Listen To My Heart), book and lyrics by Peter Kellogg (Anna Karenina), and directed by Bill Castellino (Cagney, Marry Harry). Desperate Measures will play New World Stages (340 West 50th Street between 8th and 9th Avenues), for an open-ended engagement beginning May 30 with opening night set for June 13. 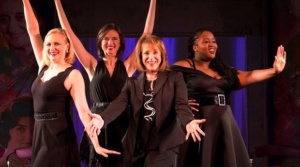 This Ones For The Girls isn’t just for the girls! This “fabulous, heart stopping” new musical (Times Square Chronicles) looks at the role of women over the past 100+ years through iconic popular song hits. From the sad laments of fragile female victims (“As Long as He Needs Me”) to the angry anthems of women who are mad as hell and not going to take it anymore (“I Am Woman” and “You Don’t Own Me”), T This Ones For The Girls is an electrifying celebration of American women that’s proven to thrill men, women and everything in between!