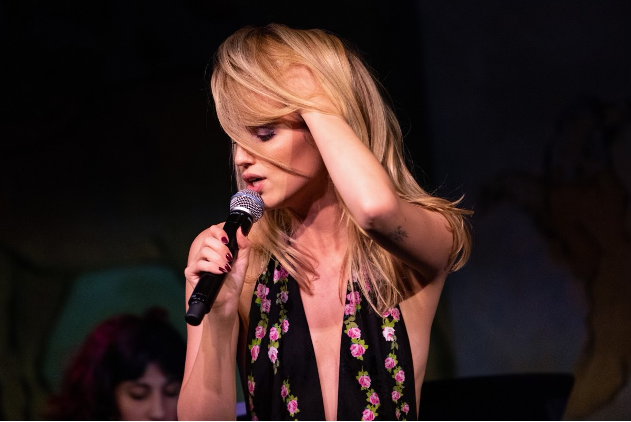 Suzanna Bowling
Acclaimed singer, dancer and actress Dianna Agron returns to the Café Carlyle, March 29 – April 9. Dianna has recently finished production for Mayim Bialik’s As Sick As They Made Us opposite Dustin Hoffman, Candice Bergen and Simon Helberg, as well as Alex’s Lehmann’s Acidman, opposite Thomas Haden Church. Dianna can be seen starring in TIFF’s Shiva Baby and Sundance award winning film Novitiate. She previously has lead festival darlings such as Zipper, Tumbledown, Bare, and Hollow In The Land. Dianna’s stage work includes the West End production of MCQUEEN and two residencies at Carlyle Café, performing classic songs from the 60’s and 70s. Dianna first came to prominence in the award winning and much beloved television show Glee.
For her third run at Café Carlyle, Dianna will be performing beloved jazz standards of the sixties and seventies with the central theme of love. By way of the hit TV show Glee, selling more than twelve million albums worldwide and tackling two major tours, she is no stranger to the stage. She thrilled to bring her voice back to the Café this season.
Performances will take place Tuesday – Saturday at 8:45pm.
Café Carlyle is located in The Carlyle, A Rosewood Hotel (35 East 76th Street, at Madison Avenue).
Related ItemsCabaretCafé CarlyleDianna AgronGleeNew
Cabaret

Stephen SorokoffJuly 25, 2022
Read More
Scroll for more
Tap
NYWIFT invites you to a virtual screening and Q&A for: A Banquet
The Glorious Corner