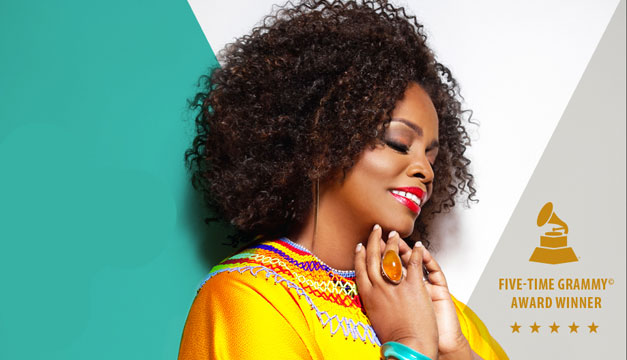 For those looking for other ways to warm up in February, celebrate the Mardi Gras tradition with A Gotham Kings Mardi Gras Celebration (February 13) with rising star trumpeter Alphonso Horne and his talented group of musicians and dancers. In addition, the “Queen of Cabaret” Marilyn Maye (February 15-18) will take the Dizzy’s Club Coca-Cola stage for four nights. An iconic entertainer Ella Fitzgerald famously praised as one of her favorite singers, Maye is one of the remaining geniuses from the “golden age of show business.” Performances like these makes Dizzy’s Club Coca-Cola the venue to see masters at their best – Marilyn Maye’s eight sets present the ultimate opportunity to see a true master at work on the most intimate stage of Jazz at Lincoln Center.

Music lovers around the world can also enjoy the performances from the comfort of their homes through Jazz at Lincoln Center’s state-of-the-art livestream capabilities. The following performances will be available to view by live webcast at jazz.org/live and facebook.com/JazzatLincolnCenter:

In addition, set the mood and tune into Spotify for an exclusive Valentine’s Day playlist, curated by Jazz at Lincoln Center. The collection features 13 timeless tracks by artists past and present, including Chet Baker, Kurt Elling, Ella Fitzgerald, Billie Holiday, and Diane Schuur. The full playlist is available at jazz.org/love.

DIANNE REEVES
February 9–10 | 8:00pm | Rose Theater
Dianne Reeves returns to set the mood for Valentine’s Day weekend, continuing a beloved tradition at Jazz at Lincoln Center (now in its seventh year!). One of the most recognized voices in music, the five-time Grammy Award-winner is known for her effortlessly powerful sound and unusually broad spectrum of sensual repertoire. Reeves inhabits every story she spins into song, captivating listeners with her expert dynamics and dramatic flair. For some real New York City romance, join Reeves in her “home away from home” in the Big Apple: the House of Swing.
Tickets start at $35.

A GOTHAM KINGS MARDI GRAS CELEBRATION
February 13 | 7:30pm & 9:30pm | Dizzy’s Club Coca-Cola
The Gotham Kings Mardi Gras Celebration returns to Dizzy’s for another night of festivities. Led by rising star trumpeter Alphonso Horne, this fun-loving group of musicians and dancers will treat audiences to the infectious traditions of Creole jazz. The concert showcases the virtuosity of a young Louis Armstrong and the innovative genius of King Oliver, weaving the sounds of New Orleans into a rich musical fabric that uplifts and warms the soul. With special Mardi Gras drinks on the menu, the club will be in good spirits for the occasion.
Cover: $35
Students: $20

MARILYN MAYE
February 15–18 | 7:30pm & 9:30pm
Singer, actress, and living legend Marilyn Maye is the “Queen of Cabaret,” an iconic entertainer whom Ella Fitzgerald famously praised as one of her favorite singers. She’s shared the stage with artists like Count Basie and Charlie Parker, and she appeared on The Tonight Show with Johnny Carson an unprecedented 76 times. Maye has been a recent audience favorite at Dizzy’s Club and Jazz at Lincoln Center’s annual galas, and in October 2017, she headlined four sets in The Appel Room. She now returns to our most intimate venue for a run that’s likely to sell out in advance. Join us at Dizzy’s and enjoy a true entertainer, one of the remaining geniuses from the “golden age of show business” who remains as sharp and effective as ever.
Cover: Thurs, Fri $40 / Sat $45 / Sun $30
Students: $25