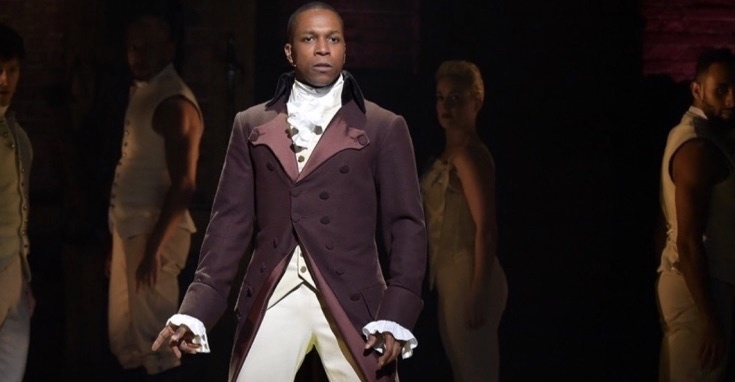 He may have just won the Tony, but Leslie Odom Jr. is leaving Hamilton, making this the 4th departure. It looks like Todrick Hall may be replacing him. It seems the filming of Hamilton may not include the Tony winner, though Lin Manuel Miranda twittered and confirmed that the original cast would film the musical in late June, this may not be the case.  Odom stated in his speech this afternoon “As of right now, I am not a part of that film, I’ll let you know if anything changes. I would love to be a part of it. There’s a small chance I won’t be, and if I’m not, I’m sure they’ll find somebody great.”

Miranda is leaving due to work on the Disney projects Moana and Mary Poppins. Phillipa Soo will be taking on the leading role of Amelie. Johnathon Groff left for  the Netflix series Mindhunter. Odom, who recently released a solo jazz album has not been named in another project.

Odom announced his departure via  a live Facebook appearance shortly before today’s matinee. Expressing gratitude, there was also a tone of being dished. The cast have been involved in re-negotiating their contracts beyond July 9th and wanted date significant salary increases due to all the popularity and other projects. Earlier cast members involved in the development of the show beginning with its original workshops, were promised stakes in the show’s profits along with other members of the profit pool. That settlement is still being worked out by lead producer Jeffrey Seller. The original cast has been with the show for two years or more.
Related ItemsBoradwayHamiltonLeslie Odom Jr.Lin-Manuel MirandaNewTimes Square ChroniclesTodrick Hall
Broadway