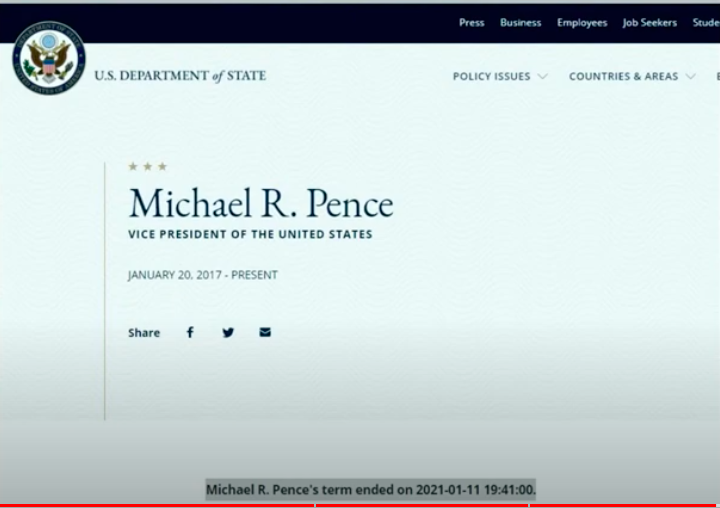 According to TMZ and Morning Invest both VP Pence and President Donald Trump have resigned.

This was sent to me earlier, as was this.

As per normal the main stream media is spinning their own tales. They claim a disgruntled employee at the State Department changed the biographies of President Donald Trump and Vice President Mike Pence to say their term was coming to an end on Monday. However there are helicopters flying all over Mike Pence’s home.

I’ve heard that President Trump called the Insurrection Act, Sunday night. If I am right, look for Mike Flynn to be the VP and Pence to become the sitting President for nine days.

Things are not always as they seem. Be prepared, sometimes the truth can hurt!

The questions is will we hear the real news?