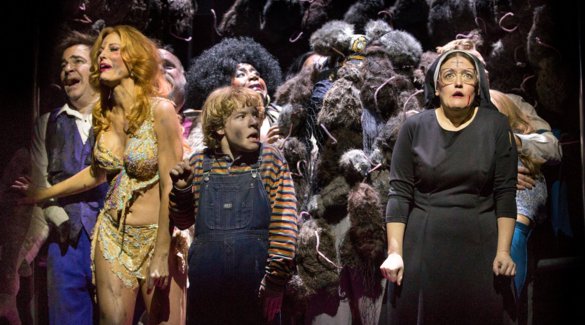 Disaster! On Broadway What Were They Thinking?

Disaster! On Broadway What Were They Thinking? 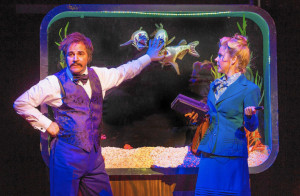 When I saw Disaster! Off-Broadway I was in shock that it garned good reviews. When I heard it was moving to Broadway, I was stunned that anyone could raise that kind of capital. After seeing the show last night, sadly my take is, this is where talented Broadway actors go, instead of hell.

A take off on all those cheesy 70’s disaster movies with a disco inspired score, this juke box musical is devoid of humor, at least the kind of humor, I find amusing. I have to admit, that I have never been into camp. The one highlight is Jennifer Simard who is perfect as the deadpan nun addicted to slot machines, but she seriously got taken, when she took this show. The only redeeming factor is she most likely will be nominated during award season. 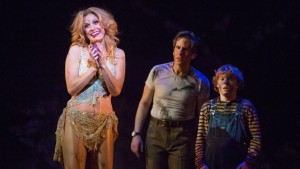 Set in 1979, the plot concerns a casino ship that was poorly built thanks to the poor judgment of Tony (Roger Bart) the owner of the casino. The pier rests on a fault that is one dance beat away to setting off an earthquake and a tsunami. Seth Rudetsky, who wrote the “book” with director Jack Plotnick, plays the geologist who tries in vain to warn the guests. 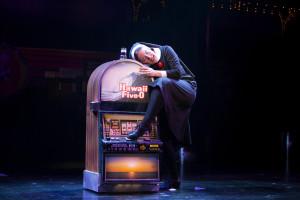 The classic songs “Hot Stuff,”“I Am Woman,” “Hooked on a Feeling,” “Torn Between Two Lovers, “Feelings,” “Without You,” “Daybreak” and others are well sung and at least get us away from the inane dialogue, the sloppy choreography (JoAnn M. Hunter) and the lack luster direction. 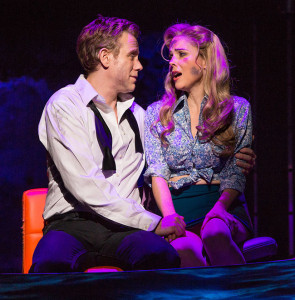 The cast would be first rate, had they anything to do that wasn’t embarrassing. Faith Prince, has been given a Tourette like disease. Rachel York has been asked to channel her inner Ginger. Kevin Chamberlin is wasted; Kerry Butler gets to watch her skirt shorten, as her role bottoms out. Adam Pascal proves he still has the vocal chops and has presence; please will a producer/ director get him a better role, than this defective son to be washed up show. Just so we get the tweens to come see this, they cast Baylee Littrell ,the 13-year-old son, of a Backstreet Boy. Like the child in Titanic years ago this role is just as annoying. 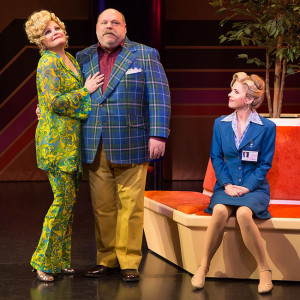 Seth Rudetsky, is one of the nicest men on Broadway, but this is just under-par. Even the sets by Tobin Ost aren’t fun or whimsical, just cheap looking. I did like the puppetry, but of course who ever designed that was not given credit.

I hope the investors of this show have a life preserver, because they are seriously going to need it.

Suzanna BowlingMay 12, 2022
Read More
Scroll for more
Tap
Hamilton and Lin Manuel Miranda Back Where it Started At The White House
Patina Miller and Andrew Rannells Will Host The Tony Awards Nominations Announcements