Disney In Bryant Park With Aladdin, Frozen and The Lion King 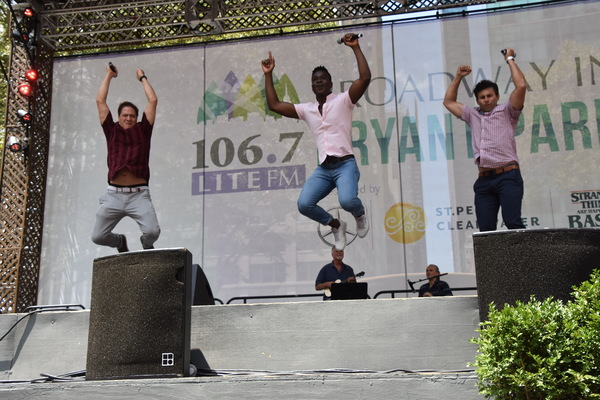 Disney In Bryant Park With Aladdin, Frozen and The Lion King

Broadway in Bryant Park is in its 20th year! 106.7 LITE FM’s popular series brings the best of Broadway and Off-Broadway together for FREE performances. For six consecutive weeks through Thursday, August 15, performances run from 12:30 p.m. EST – 1:30 p.m. EST on the Bryant Park Stage.

This week’s performances featured the casts of Aladdin

Suzanna BowlingFebruary 3, 2021
Read More
Scroll for more
Tap
A is for Audra: Broadway’s Leading Ladies from A to Z
Mojada an Immigrant Medea Brings Heartbreak