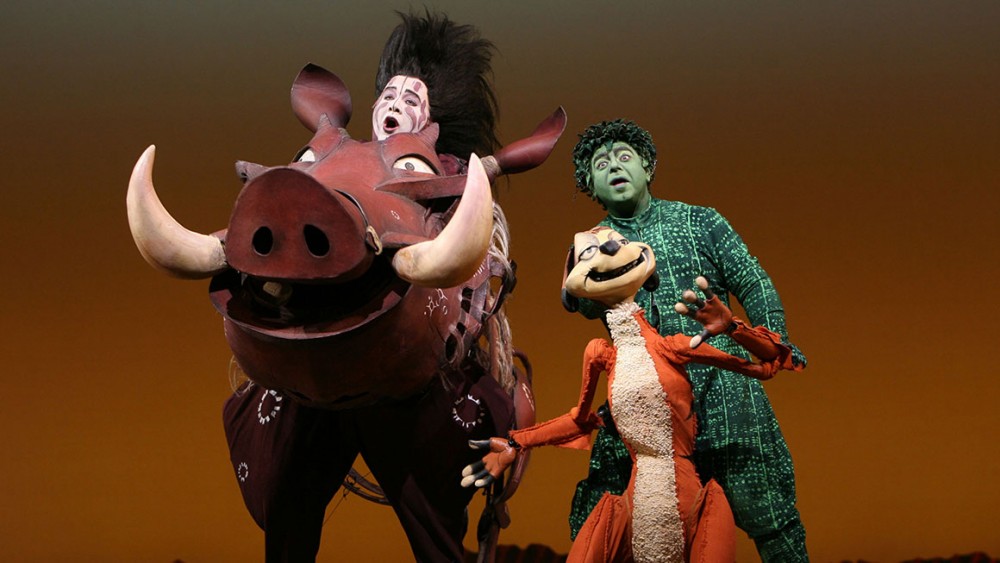 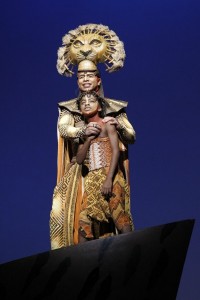 Returning to Chicago for a seven week limited engagement, the juggernaut hit known as Disney’s The Lion King, which opened to thunderous applause at the Cadillac Palace Theatre. Originally conceived as an Oscar Award-winning 1994 animated feature-length film, The Lion King was then crafted into a majestic live stage show helmed by visionary director, Julie Taymor, who insisted on keeping this production indigenous to the glory of the African savanna. Speaking to Julie Taymor’s unique vision, she was the first woman to ever win a Tony Award for Best Direction of a Musical and utilized her creative force and distinctive visualization in the unique costume and mask design (with co-designer Michael Curry) of the show. The end result is a transformative, two and a half hour event, winner of Six Tony Awards including Best Musical in 1998, the 1998 New York Drama Critics Circle Award for Best Musical, a Grammy for Best Musical Show Album in 1999,  the 1999 Evening Standard Award for Theatrical Event of the Year and the 1999 Laurence Olivier Awards for Best Choreography and Best Costume Design.   The book was adapted by Roger Allers and Irene Mecchi, and the music was provided from Elton John and Tim Rice with additional musical material by South African Lebo M, Mark Mancina, Jay Rifkin, Julie Taymor and Hans Zimmer. Add wizard Michael Ward’s commanding hair and makeup design, and this exotic procession of animals will enthrall as much as it entertains. 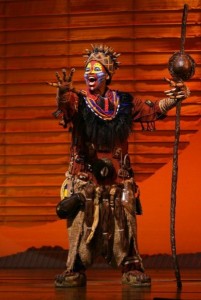 The opening number, The Circle of Life, packs so much visual splendor within the initial 10 minutes, the audience is left completely awestruck while life-sized elephants, elegant giraffes, ballet inspired leaping antelopes, whirling and twirling wild birds and herds of gazelles promenade to the stage from both main floor isles and the corresponding balconies. This scene rendered with such eye-popping glory and inventive puppetry, it is both understandable and justifiable why this show has become such a global phenomena. Disney has notoriously deep pockets and every penny spent here is deliberately left on the stage. The story itself follows the 75 minute animated film closely.  A lion cub named Simba (Chicago’s own Blaine Alden Krauss) the rightful heir to the throne of his much beloved and esteemed father, Mufasa (Gerald Ramsey) becomes an unwitting pawn in the nefarious plot of Uncle Scar (the campy and menacing Patrick R. Brown) to eliminate the King in his unending quest to usurp the crown. After eliminating his brother in a stampede of wildebeests, Scar manipulates his young nephew, Simba, to elect personal exile to the forest. By developing unlikely friendships with a meercat named Timon (Nick Cordileone) and a warthog called Pumbaa (Ben Lipitz), Simba slowly settles his inner turmoil and guilt over his father’s passing and returns to the herd to reclaim his girlfriend, Nala (Nia Holloway) his title and the throne. Mixed in the story, the most remarkable, breathtaking, & opulent production numbers ever produced. Highlights included 10 foot tall giraffe puppets extending into the first few rows of the audience during I Just Can’t Wait To Be King, the romantic cadence of Can You Feel The Love Tonight, and the toe-tapping Hakuna Matata which “means no worries for the rest of yours days.”“It’s a trouble free, philosophy” after all. 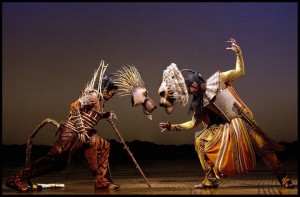 Eighteen years since its initial Broadway debut, The Lion King still delivers the goods. The imaginative stampede of the wildebeests in act one still resonates as one of the most commanding visuals ever created for the stage. The dangerous scavengers and Scar’s “muscle” the hyenas, Banzi (Keith Bennett) Shenzi (Tiffany Denise Hobbs) and Ed (Robbie Swift) play more as comic relief than vicious predators. The dancing Hyenas of act two add a bit of sex appeal to the proceedings. The rock hard abdominal muscles of the male dancers peaking out from their costumes offers an intentional, titillating treat for any weary adult burned out by the film’s soundtrack heavy rotation at home.  Rafiki (Mukelisiwe Goba) andZazu (Drew Hirshfield) add contemporary laughs too. Zazu jokes he will be reduced to “selling popcorn at Garrett’s” after Mufasa’s death. Yes, the same popular popcorn venue located throughout downtown Chicago. When he sings the line “nobody knows the troubles I’ve seen” Scar demands Zazu sing something else, post haste. Next Zazu begins the chorus of Let It Go from Disney’s other mega hit Frozen. Scar scowls “anything but that” to the thunderous applause of exasperated parents dispersed throughout the theater. Sorry Queen Elsa, this crowd is suffering from some serious Frozen Fatigue. 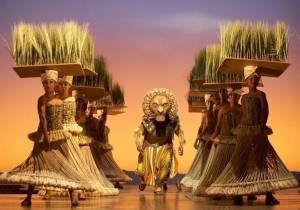 An event like Disney’s The Lion King must been seen to be truly appreciated. Don’t worry, there are several collectible books, cd’s, toys and t-shirts available in the lobby to satiate and commemorate the needs of any swag hungry fan, but the true magic and mystic of the piece is generated on the stage.Epically presented and enticingly original, Disney’s The Lion King, is a multigenerational hit that more than deserves the praise heaped upon it. This is a once in a lifetime theatrical event that must be experienced firsthand. The December run in Chicago is almost completely sold out, so don’t procrastinate in ordering tickets, else you will end up out of luck. In a very crowded theatrical season, Disney’s The Lion King is the must see crown jewel in Broadway in Chicago’s tiara. 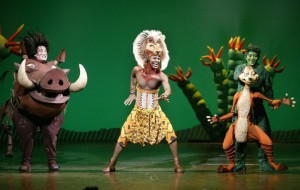 Disney’s The Lion King is now playing at the Cadillac Palace Theatre through January 17, 2016 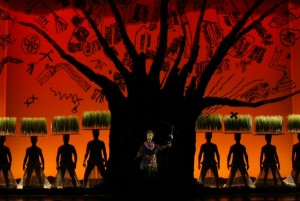 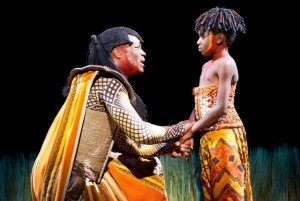 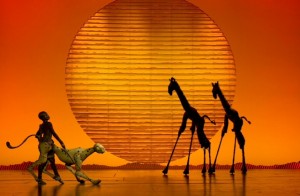 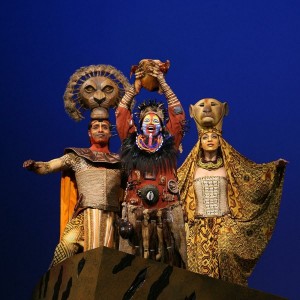 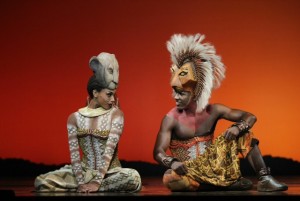