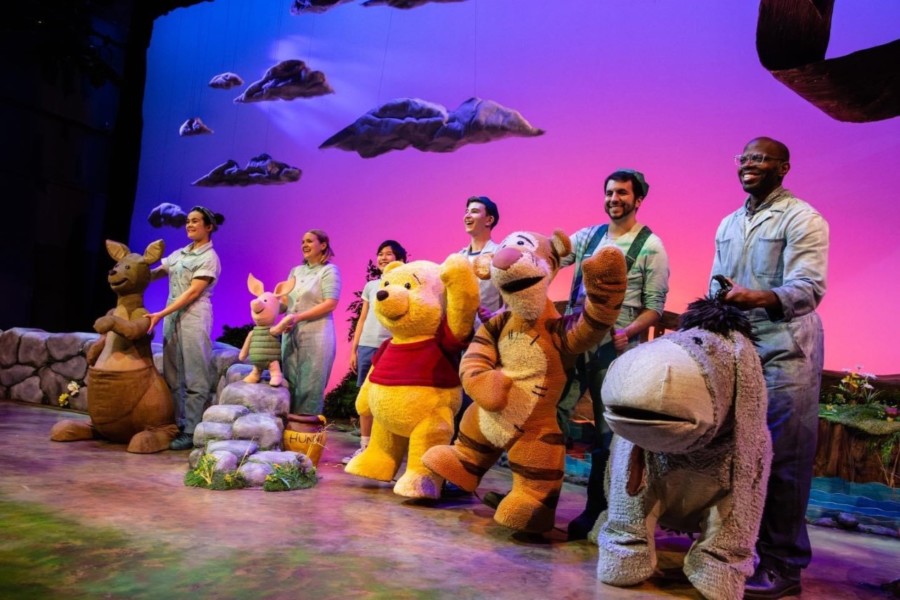 Just in time to join in the celebration of the 95th anniversary of the beloved children’s character, the Mercury Theater is making a bold and commemorative move on its mainstage. Never before have they put a children’s show in their regular rotation. After wonderfully received post-pandemic, yet more traditional productions, including Sister Act and Women of Soul, is their gamble worth it? Of course! Disney’s Winnie the Pooh The New Stage Adaptation is an adorable, quick-paced and inspired production. Artistic Director, Christopher Chase Carter, is making daring moves on behalf of the reopened Mercury, pouncing on this new show that just wrapped its world premiere in New York. Now booked for a 13 week limited run, Pooh and company are brought to three dimensional life eight times a week. Following the format of Timon and Pumbaa from Disney’s The Lion King and Olaf from Frozen the Musical, the actors playing the characters are purposely not hidden from view. Their faces and performances as just as important as their endearing puppetry. Fans of all ages will marvel at the results. 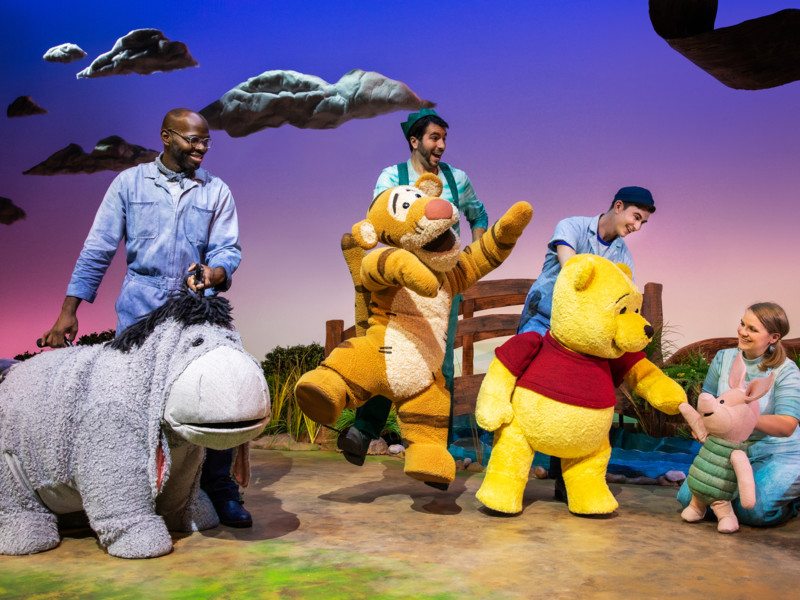 Set in the classic Hundred Acre Woods, a secret and hidden forest clearing, young Christopher Robin lets his imagination come to life when he plays with his famous fictional teddy bear, the one with a penchant for honey, and his world of wonderful friends. Originally created by English author and World War l veteran, Alan Alexander Milne, Pooh’s popularity stems from the characters’ relatability and innocence. With that in mind, the live action show is both created and directed by Jonathan Rockefellar and produced by Rockefeller Productions in association with Disney Theatrical Group. Disney’s involvement upped the show’s game exponentially. The puppets are credited to builder Matthew Lish and his team of artists, designers, patternmakers, welders and fabricators at Rockefeller Productions. If you elect to invest in the VIP Package at the Mercury, you are invited to take photos after the show with the characters on stage. Just be forewarned, no touching of the life-sized puppets. Not that I made that mistake. 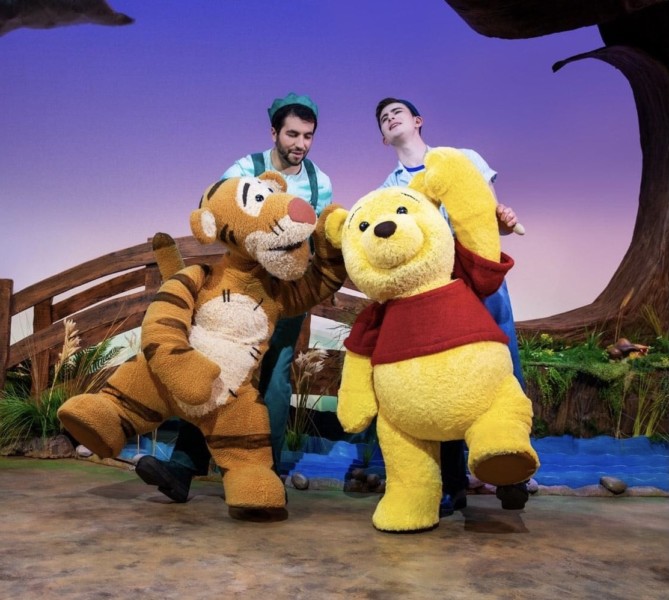 As for the performers, Jake Bazel nails the essence of Winnie the Pooh to a tee. I flashed back to child-hood immediately upon his first utterance of Pooh’s signature “Oh Bother.” Mimicking Sterling Holloway, the original voice actor from the 1960s, but making the character solidly his own. Scene stealer, Emmanuel Elpenord, was tasked with bringing a trio of characters to life; sad sack donkey, Eeyore, knowledgeable Owl and persnickety Rabbit. He nailed all three, Eeyore clearly proving to be the audience favorite. Tina-Kim Nguyen brought Pooh’s pintsized best friend, Piglet, to life. The bombastic Tigger given all the energy and, well, bounce, from actor Sebastiano Ricci. William Daily is the only performer to not have a puppet strapped to his person, portraying the young Christopher Robin. 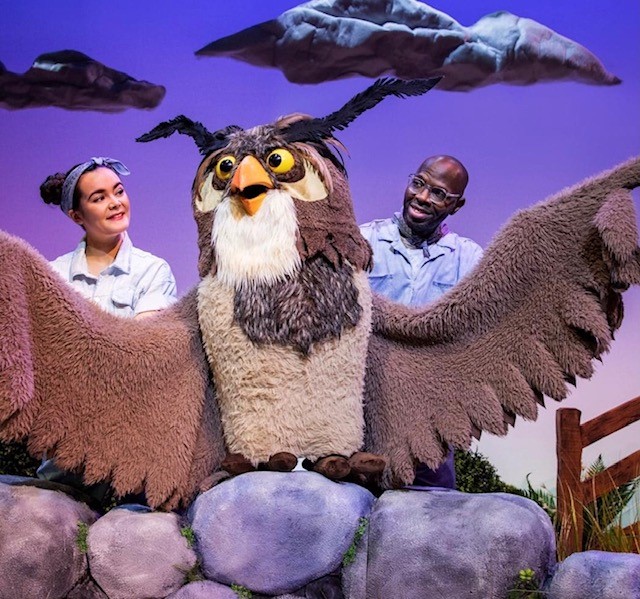 Credited as a musical, songs performed include all of the fan favorites; “Winnie the Pooh”, “The Wonderful Thing About Tiggers”, “Sing-Ho (For the life of a bear)” and “Whoop-De-Dooper Bounce”. These little ditties hand selected from several previously produced Pooh programming’s; 1966 and 1968 featurettes Winnie the Pooh & the Honey Tree and Winnie the Pooh & the Blustery Day respectively, Piglet’s Big Movie and the 2000 film, The Tigger Movie. Believe it or not, previous Pooh projects have collectively earned an Oscar, Grammy and Daytime Emmy awards, so why not develop a stage show with aspirations to complete the EGOT? I might be jumping the gun here, but while waiting for that illusive Tony trophy, I was surprised to discover back on April 11, 2006, Winnie the Pooh also received a Star on the Hollywood Walk of Fame. Pooh is just the fourth Disney character ever to receive this recognition, following in the illustrious footsteps, or pawprints, of Mickey Mouse, Snow White and Donald Duck. Not too shabby for a honey-nibbling Ursidae. 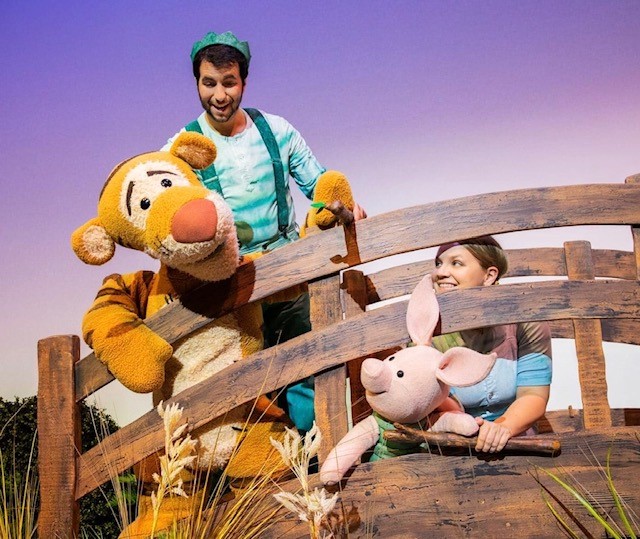 As for the story, we follow vignettes from a few very well known Disney’s Winnie the Pooh adventures, all culled from the pages of multiple storybooks. The most delightful and giggle inducing visual, Pooh’s head stuck in a tree, aimlessly kicking his hind legs in the air while his friends concoct a scheme for his eventual rescue. Set over a single calendar year, we collectively get to experience all four seasons, with “leaves” blowing and “snowflakes” falling over the first few rows of the audience in attendance. Zach Pizza’s lighting and Jack Golden’s scenic design help craft the passage of time and seasons with heartwarming results. Golden’s take on Rabbit’s garden deserves a closeup, pre-show look. Anyone with even the slightest of green thumbs will get a chuckle out of the details. 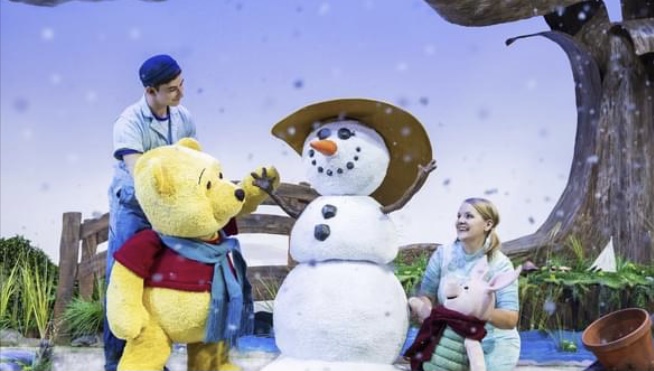 A source of consternation and immediate post-show debate, Lindsay McWilliams’ costuming. I personally appreciated we could see the actors’ faces during their performance. Dressed in denim and neutral tones, the actors fit right into the proceedings effortlessly, not pulling focus from their puppet partners. Others I was chatting with thought they should all be adorned in black from head to toe, like a stage hand. That level of stark black wouldn’t fit in this world, surely standing out against the pale pastel landscape Christopher Robin’s imagination created. Seems everyone’s a critic nowadays, but this review space is solidly mine. 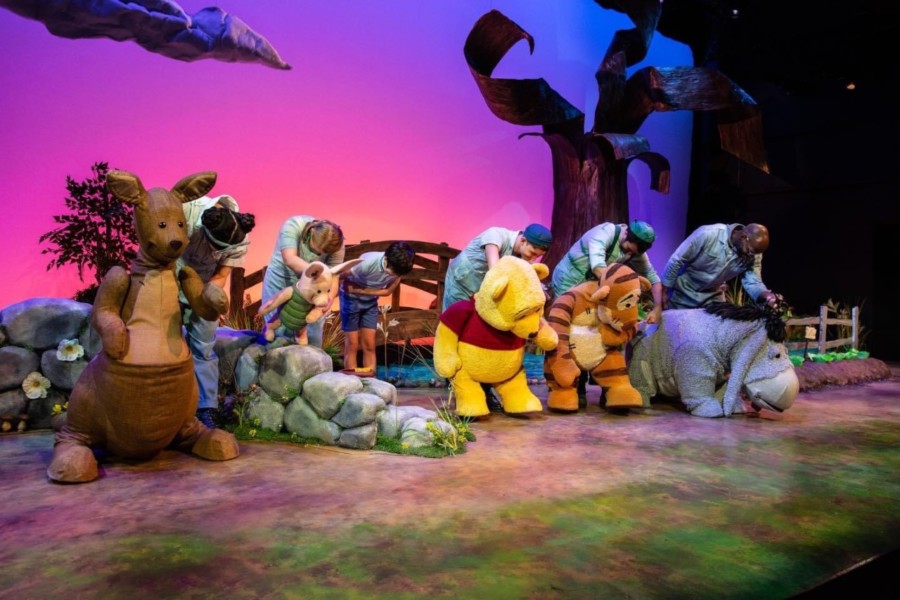 Inspired by original literary children’s characters, Disney’s Winnie the Pooh The New Stage Adaptation is a delightful romp. Not too heavy (or more importantly, long) for the kiddos to sit through and not too slow for the adults who accompany them. Whimsical, nostalgic and oh-so-charming, this winning trip to the Hundred Acre Woods, by way of the Mercury Theater, will delight. Just make sure to bring your credit card. Being a Disney production, the lobby is full of must have, take home, souvenir swag. 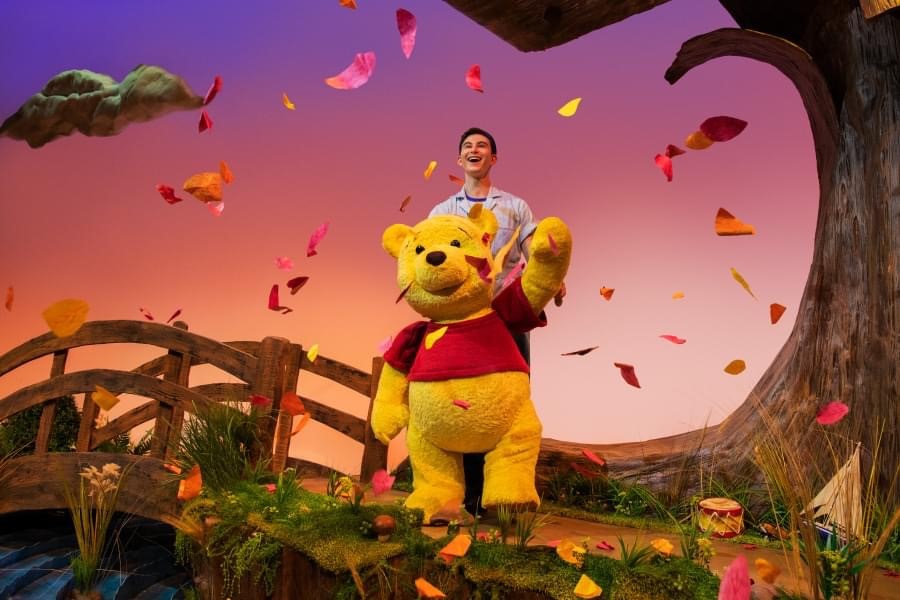 Disney’s Winnie the Pooh The New Stage Adaptation is now playing at The Mercury Theater through June 12, 2022 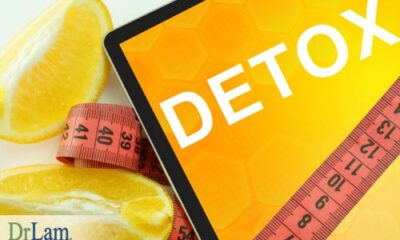 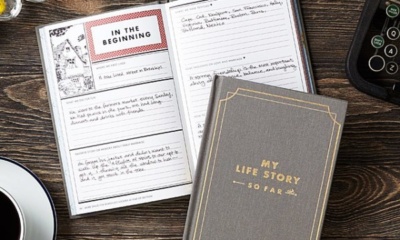 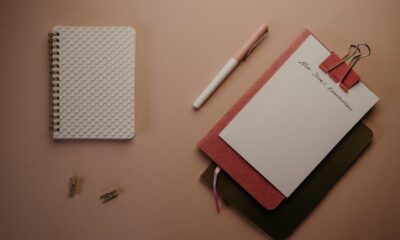 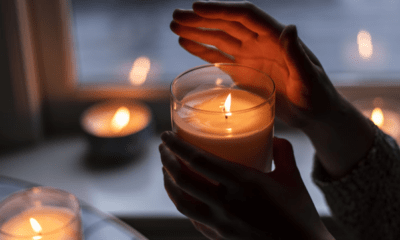 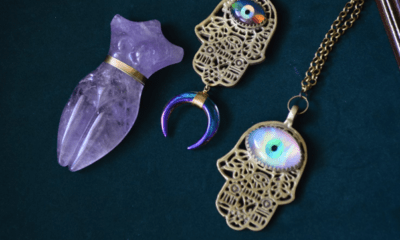 Suzanna BowlingDecember 2, 2022
Read More
Scroll for more
Tap
Boost Mobile What You Need To Know
LCT Has Sewn a Lovely Intimate Apparel, But It Might Not Have Been Made to Fit Me